European teams waited a long time for this tournament to start and the opening match on Friday set the pace for other teams to give the fans an entertaining tournament.

After failing to qualify for the 2018 World Cup, Italy was already back on track with a perfect qualifying campaign of 10 wins in 10 matches. Roberto Mancini’s team started its first major international tournament in five years with a convincing 3-0 win over Turkey.

Denmark midfielder Christian Eriksen was taken to a hospital on Saturday after collapsing on the field during their opening match against Finland. The Euro 2020 match between Denmark and Finland was suspended after Eriksen was given urgent medical attention on the field near the end of the first half. It resumed after a delay of about 90 minutes, and Finland won 1-0 in its debut at a major tournament. 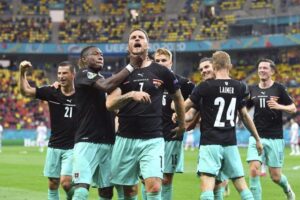 Late goals from substitutes Michael Gregoritsch and Marko Arnautovic gave Austria a convincing 3-1 victory over European Championship debutants North Macedonia in their opening Group C clash on Sunday as they earned their first major tournament victory in 31 years while Patrik Schick scored twice, including an extraordinary 45-metre effort from just inside the halfway line, to give the Czech Republic a 2-0 win over Scotland in their European Championship opener at Hampden Park in Glasgow on Monday. 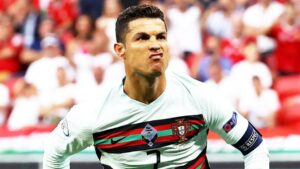 It was a record breaking night for Cristiano Ronaldo as the Portuguese captain set the record for most career goals at the tournament with his 10th in the 87th minute from the penalty spot to move ahead of Michel Platini. He added another in injury time to give the defending champions a 3-0 victory over Hungary on Tuesday.

In the meantime, we’ve got enough time to quickly reflect on some of the most eye-catching stats from match day 1 via OPTA stats. 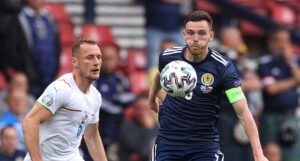 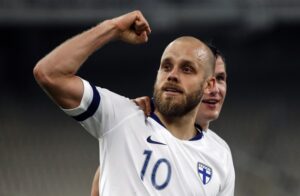 Player Focus: Malo Gusto, the right back spinning all of Europe’s head.

Manager Focus: Frank Lampard. What next for the Chelsea Legend?

TEAM FOCUS: CHELSEA. A TACTICAL ANALYSIS ON THE WAY FORWARD FOR POTTER.

3 weeks ago Davidson Itoto
Enable Notifications OK No thanks