The big kick-off is nearly upon us. The curtain raiser for this year’s African Cup of Nations tournament will hit our screens this evening with Cameroon and Burkina Faso slotting it out in the opening game. We will have another month of football ahead as Africa’s top teams fight it out to be champions of Africa. As we anticipate the kick-off, we’ll bring us up to speed with a very brief and very selective tournament history.

The first AFCON was held in Khartoum, Sudan in 1957 to commemorate the Confederation of African Football’s (CAF) formal establishment, making Africa’s continental trophy three years older than its European counterpart. The influential and charismatic Ethiopian Yidnekatchew Tessema, one of CAF’s founding fathers, would later give a dramatic speech in Cairo in 1974 in which he laid out a vision of football as a tool to unite the continent. 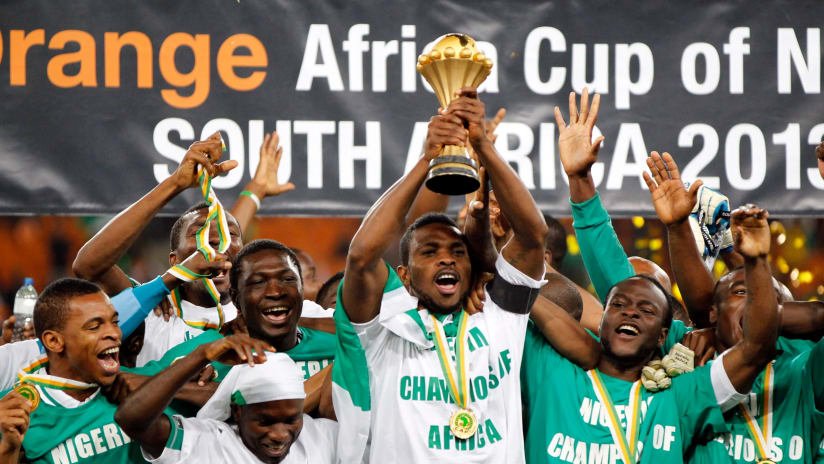 The trophy have always had a nickname throughout the competition’s existence. The silver Abdelaziz Abdallah Salem Trophy was named after Egypt’s first CAF president, Abdelaziz Abdallah Salem. Ghana made history in 1978 by becoming the first country to win three African Cup of Nations titles, earning the right to keep the trophy indefinitely. From 1980 through 2000, the second trophy, known as the “Trophy of African Unity” or “African Unity Cup,” was awarded.

The Supreme Council for Sports in Africa presented CAF with a cylindrical item with the Olympic rings encircling a map of the continent written on it before to the 1980 event. It stood on a squared base with stylized triangular grips. Cameroon won the Unity Cup indefinitely after being three-time champions in 2000.

In 2001, the third prize was announced: a gold-plated cup designed and made in Italy. Cameroon was the first country to receive the new trophy after winning the 2002 event. They were the permanent holders of the previous trophy. Egypt now owns the gold-plated cup indefinitely after becoming the first country to win three consecutive continental titles in 2010. (2006, 2008 and 2010).

The competition has acted as a showcase for the ability of African players. In the 1950s and 1960s, the tournament’s attacking, entertaining style of play enthralled African fans, drawing European talent scouts, agents, and journalists. Under the leadership of Ethiopian Ydnekachew Tessema, who served as CAF president from 1972 until his death in 1987, the cup developed a worldwide renown.

Two of the tournament’s top performers are Cameroonian striker Samuel Eto’o, who holds the record for most career goals scored in the Cup of Nations (18), and Ivorian striker Laurent Pokou, who scored five goals in a 6–1 victory over Ethiopia in 1970. North African giant Egypt holds the record as the most decorated team with 5 titles after winning the inaugural edition, while Ghana has retained its reputation since its inception, although Ethiopia and Sudan, the other pioneers, have deteriorated.

As we countdown to kick-off time, Football fans all over the continent will be expecting this edition to also provide wonderful memories.

Meanwhile, here is a list of AFCON Winners since its inception:

AFCON 2021: Super Eagles progress to the knockout stages with a game to spare after cruising past Sudan.

Azpilicueta advises supporters to get their COVID-19 vaccinations to protect themselves and their family members.