The best of players make the worst of managers, and Frank Lampard has only further cemented this claim with his stints at Chelsea and Everton.
We take a look at how the former Chelsea player and manager performed at Everton: his victories, challenges and setbacks. And what the future holds for the highest scoring midfielder in EPL history.

After an elite career that saw Lampard win every trophy available in club football and made part of the English Golden Generation, the Westham academy graduate decided to venture into management. He cut his teeth at Derby County where he led his team to a 6th place finish in the Championship but lost to Aston Villa in the playoff final.

The once tireless midfielder would later secure his “dream job” in July 2019 at Chelsea. Although he endured a mixed time there as manager with periods of excellent spells followed by periods of horrible performances and results, his time would not be remembered for much. In January 2021, Chelsea were ninth place in the league after being top in early December. This led to his sacking on the 25th of January same year. One year after leaving Chelsea, Frank Lampard replaced Rafael Benitez at Everton after a run of poor results for the Spaniard. He met them 16th on the league table, 4 points from relegation, and would do so well to keep Everton up.
The highlight of his career was in the 21/22 season against Crystal Palace. Everton were 0:2 down at half time. Having favoured a 3-5-2 formation in the first half, second half came, and Lampard switched to a back four, replacing Andre Gomes with Dele Alli. From then on, Everton looked a different team. Yes, they would go on to win 3:2 and secure retain their top-flight status. I’m sure you remember the fans going crazy at this point and thousands entering the pitch to celebrate with their heroic team.
The 22/23 season has been chaotic to put it nicely. Everton has won the fewest number of games this season with 3 wins out of 20. Losing 11 and drawing the remaining 6, as they sit on 19th position before his sacking.
For the entirety of the season, Lampard has relied on Jordan Pickford to keep them in games. Excuses like injuries cannot be made for Lampard either, as he has failed to perform even with a full-strength team. Insomuch as blame goes to board for poor squad building over the years, with decisions like signing Dwight McNeil to replace Richarlison. A fair share of the blame is Frank Lampard’s. For the full year he has spent at Everton, he has failed to establish a style of play or an identity.

TACTICS AND STYLE OF PLAY Lampard’s favourite formation is the defensive 3-5-2. This formation provides a secure base for the defending by having 5 men in defence. Supported by the 3 in midfield which sometimes becomes 4, resembling a 5-4-1 without the ball. He likes his teams to sit back absorb the pressure and hit opponents on counter through the flanks. Little wonder his most successful players are Reece James and Anthony Gordon who are fast and good on the ball. Both deployed on the right wing.
Even though he loves aggressive and front food defending, he has not had the best personnel in this regard. A case could be made against him not being able to get the best of Rudiger at Chelsea, but only Tuchel has gotten the best out of the German. And much like many others, I am of the opinion that Rudiger is not an elite defender. More on that some other time.
The ex-English midfielder has been accused of being out of touch with modern football. This is due to his overreliance on crossing and wing-play as his only source of goals. Lampard has not shown attacking automatisms that are synonymous with modern managers like Klopp, Pep, Conte, Arteta and Ten Haag.
In possession, his teams look to use the width of the pitch. Stretching opponents from side to side, and then isolating the wingbacks to get crosses into the box as the primary source of goals.
Not much can be written about Lampard as a tactician, as he has not shown any tactical ingenuity worthy of note so far in his career. 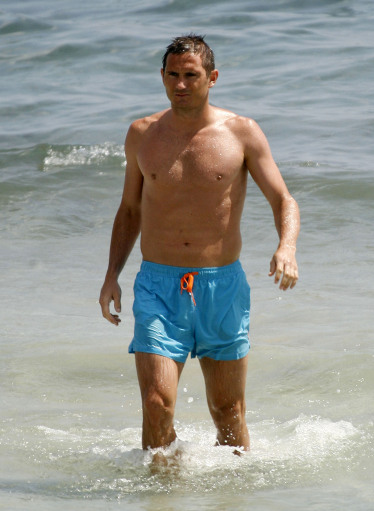 Currently linked with David Moyes’ job at Westham, not many of us see this as realistic.
A CV like his would only work at Championship level at best. Especially with the crop of managers in the premier league at the moment. Like his midfield partner back in the day, Lampard would benefit from taking time away from the spotlight to access his strength and weaknesses as a manager, and work harder to improve his tactical abilities. The Premier league has no space for average managers anymore.
Clubs like Brentford (Thomas Franck), Brighton (Potter/DeZerbi), Fulham (Marco Silva), Aston Villa (Unai Emery) and more recently Wolves (Julien Lopetegui) have all got themselves quality managers in their own right. A look at the bottom three and he will understand the company he is in. Bournemouth (Gary Oneil) and Southampton (Nathan Jones).