Wales lose 1-0 but finished in the 2nd place from Group A and are through to the Round of 16; Italy finished as Group A leaders. Ethan Ampadu was sent off in the 2nd half leaving Wales down to 10 men. Matteo Pessina scored for Italy in first half. Veratti and Belotti all missed shots. Chris Gunter also missing a header from a Daniel James corner for Wales. 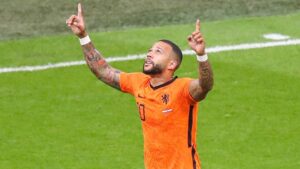 Memphis Depay’s opener sent the Dutch boys on their way to a 3-0 victory over North Macedonia. With Wijnaldum scoring twice in seven minutes before Darmo Churlinov’s goal was disallowed due to off-side. Netherlands go through to the next round with Austria, who beat Ukraine 1-0. Ukraine will wait to see if they finish as one of the best third-placed teams. North Macedonia’s tournament is over. 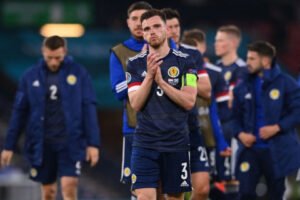 Scotland were knocked out of Euro 2020 on Tuesday after falling to a 3-1 defeat against Croatia at Hampden Park. Steve Clarke’s side got off to a bad start and went behind courtesy of Nicola Vlasic in the 17th minute. He fired a shot from a cushioned header past David Marshall to put his side ahead. But they appeared to recover and Hampden went wild when Callum McGregor struck in the 41st minute of the game. It was not to be, though, with Luka Modric’s outside of the boot effort from outside the Scotland area hitting the back of Marshall’s net. Croatia then confirmed their place as Ivan Perisic flicked home a header from a corner. 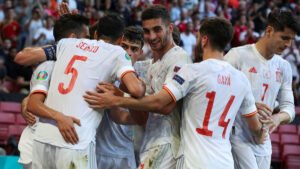 Spain claimed the biggest win of the tournament with a 5-0 thrashing of Slovakia in their final European Championship Group E match on Wednesday to finish second in the group and set up a last-16 clash with Croatia in Copenhagen. Goals from Aymeric Laporte, Pablo Sarabia, Ferran Torres and two own goals from Martin Dubravka and Juraj Kucka sealed Spain’s progress to the knockout stages. 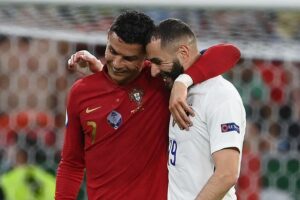 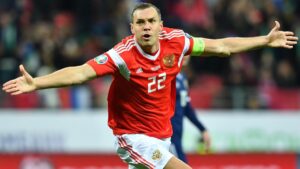 9 months ago Kemjika Anyanwu
Enable Notifications OK No thanks