The past two decades have ushered in a new populace of Kdrama viewers. There seems to be no specific reason for the increased attention, if anything however, the interest rates keep spiking high. Shows like It’s ok not to be Ok, Parasite, down to the current fave, Squid Games are proof of this claim.
The focus however isn’t the analysis of the movie populace’s interest in Kdrama, but the premier of the anticipated South Korean series, My Name. 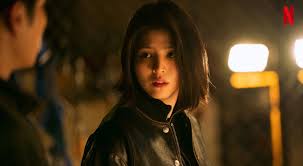 YoonJi-Woo is assigned to work in the drug investigation unit in the police department. Her partner there is Detective Jeon Pil-Do (Ahn Bo-Hyun). 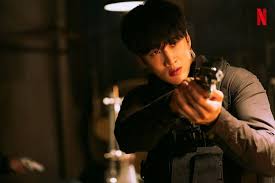 The first season of the series is set to premier on Friday, 15th of October, on Netflix. As a response to budding questions, all the episodes of season 1 will be released. The best time to binge watch, think about it!
Some of the cast are, Han So-Hee, Park Hee-Soon, Ahn Bo-Hyun, Kim Sang-Ho, Lee Hak-Joo, Chang Ryul, Kim Su-Ha -(as young Yoon Ji-Woo.)

You can get familiar with the trailer here.