Netflix shared a 2022 movie premier trailer on their social media pages earlier in the month of February, and the trailer showed previews of the movies to look out for in the year. One of them is Gray Man, an adaptation of Mark Greaney’s book series entitled Gray Man. Gray Man is said to be the most expensive movie to be made by Netflix. The movie was assigned a $200 million to tell the story of the heavily sought after CIA agent who escapes prison with invaluable secrets from the dark agency. From the short clip inserted in the 3-minutes premier trailer, The Gray Man appear to be a scintillating action thriller, as Ryan Gosling is seen battling enemies atop a London bus while Chris Evans laughs at him from a remote viewing platform.

The plot of the movie follows the story of Count Gentry aka, Sierra Six a highly skilled former CIA Operative, who was once the agency’s best merchant of death. Ryan Gosling, — who plays Count Gentry, and whose true identity is known to none — uncovers dark agency secrets accidentally, and a former colleague, who is considered psychopathic sets off a global manhunt by international assassins by placing a bounty over his head.

In an exclusive conversation with Deadline, the minds behind the movie, Joe and Anthony Russo, (producers of Marvel’s Avengers: Endgame and Extraction) Anthony Russo shares,

“The movie is a real mano a mano between those two great actors who represent two different versions of the CIA, in what it can be, and what it can do,”

He goes on to say,

“For those who were fans of Captain America: Winter Soldier, this is us moving into that territory in more of a real-world setting. That’s what this movie really means for us.”

For Joe Russo’s input on the film’s scale, he says:

“The intention is for it to be competitive with any theatrical, and the ability to do with with Gosling and Evans is a dream for us. The idea is to create a franchise and build out a whole universe, with Ryan at the center of it. We have all committed to the first movie, and that’s got to be great to get us to the second movie. These are master assassins, and Gosling’s characters gets burned by the CIA and Evans’ character has to hunt him down. We have a great working relationship with Netflix, and we go back almost 20 years with Scott Stuber. We formed AGBO to be an agnostic storytelling company, where we figure out the best platform. We think Netflix is the perfect place for this film.” 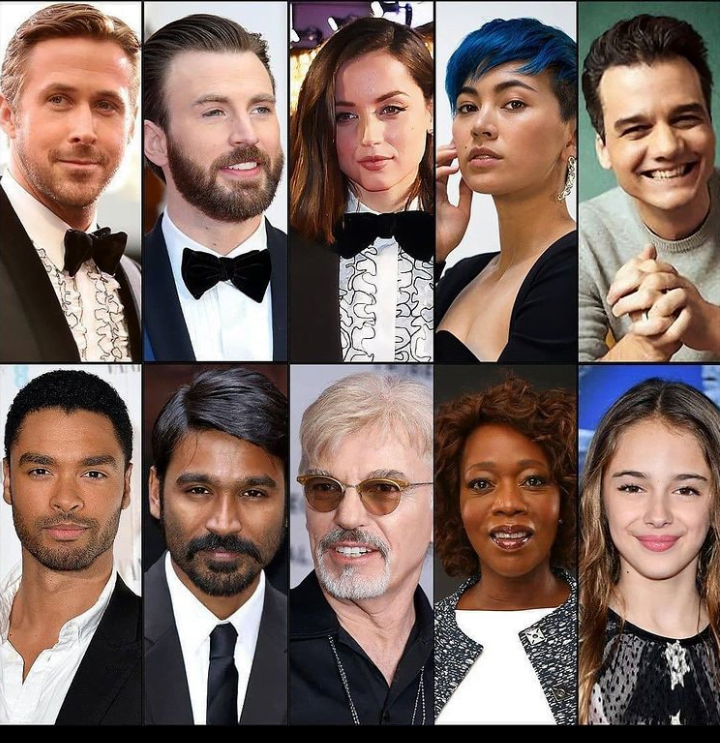 Information gathered on the cast so far shows that Ryan Gosling plays Count Gentry. The others are, Chris Evans, Ana de Armas, Regé-Jean Page, Jessica Henwick, Wagner Moura, Dhanush, Billy Bob Thornton, Alfre Woodard, Julia Butters, Eme Ikwuakor and Scott Haze.
Although there’s been no official release date and trailer, the initial report for the premier was July, 2022. All Netflix has shared thus far is the fact that it’s a 2022 movie.