The dawn of the new year was greeted by the debut of EbonylifeTv’s movie sequel, Chief Daddy 2: Going For Broke, on popular streaming platform, Netflix. The sequel overseas the chaotic Beecrofts joined by few others trying to get their fair shares of the late Chief’s assets. In the original, the Beecrofts finally make peace, as a prerequisite for receiving their shares of the Will. In the sequel however, they are split up again, as their inheritance gets hijacked by Laila, the illegitimate daughter of Chief Daddy, in a bid to exact revenge for being neglected in his will.
Commendable in the EbonylifeTv production are the clean and top-notch cinematography, the locations clearly express the luxe lifestyle of the Beecrofts, the costume stayed fabulous, and the production quality is impressive.

One would expect however, that these acts, in their vast knowledge of the rudiments of expert acting, would put their best in the work, and make an excellent film. It is considerably the opposite, in this case, unfortunately,as the audience were offered a stale meal of lazy acting, a ridiculous storyline, numerous sub plots, with some appearing unnecessary and absolutely zero flow.

The original had its debut in 2018, and although it wasn’t exactly the best thing to come out of the Nollywood industry, it did have viewers laughing at intervals, and bobbing their heads to the plausibility of the story line.
The sequel, unfortunately, lost its touch with reality, leaving fans wondering if Director Niyi Akinmolayan and script writer Bode Asiyanbi, consulted the original before proceeding with the sequel, due to the lack of vivid synchronization.

Filming had been concluded since June, 2021. This hypothetically presents the entire team roughly about 6 months to observe and correct ‘mistakes’ that took place in filming. This would be considered one of the mistakes. 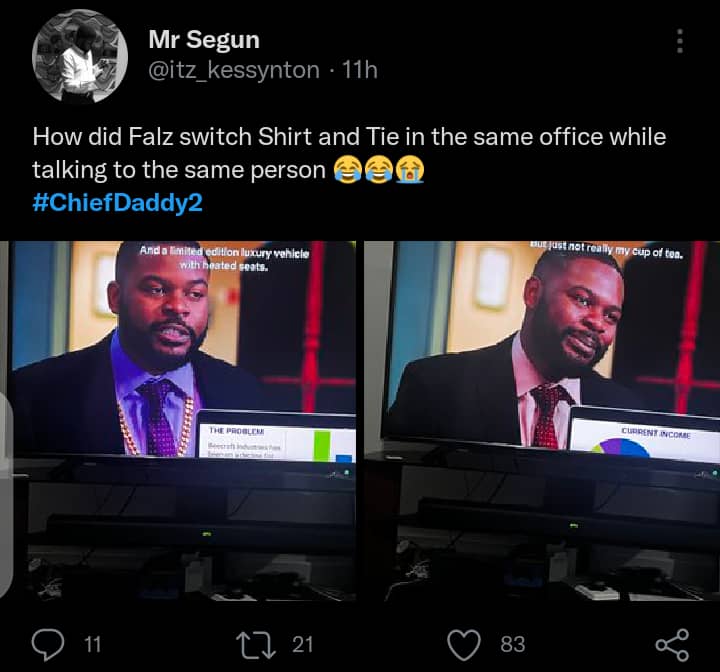 Some tweets and opinions from the audience who anticipated the movie are seen below. 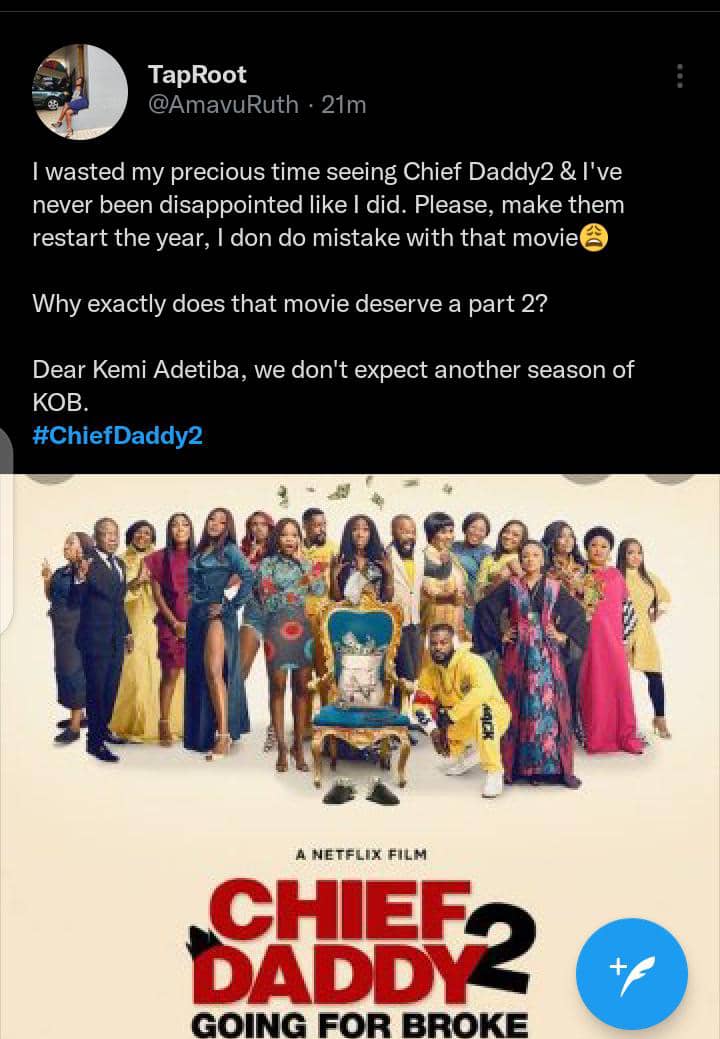 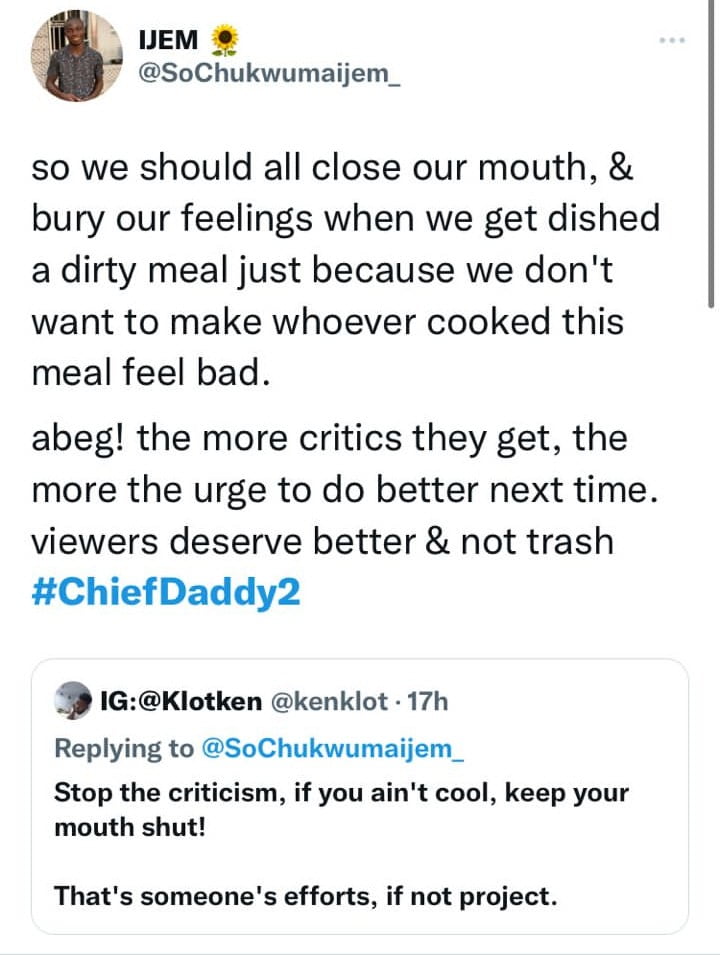 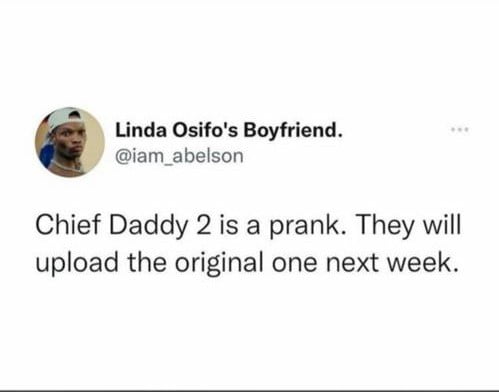 Arguably, a movie is not expected to border on the collective appearance of popular acts, but on the remarkable ability to excellently represent a society so relatable, in performance. The sequel appears to be far from that goal, as the numbers to be run seems to be the main aim.
The absurdity of the movie suggests at the declination of Nollywood in the entertainment industry, despite the progression that has been recorded so far.
Hopefully, the movies and sequels in the works will be void of these mishaps, and true passion and expertise will be served the audience, as opposed to lazy and watered-down productions.