Denmark outplayed Wales to register a 4-0 win in the first Round of 16 match. … Rob Page’s Wales were locking horns with Kasper Hjulmand’s Denmark in the first last-16 encounter of the ongoing UEFA Euro 2020 at the Johan Cruyff Arena in Amsterdam on Saturday. 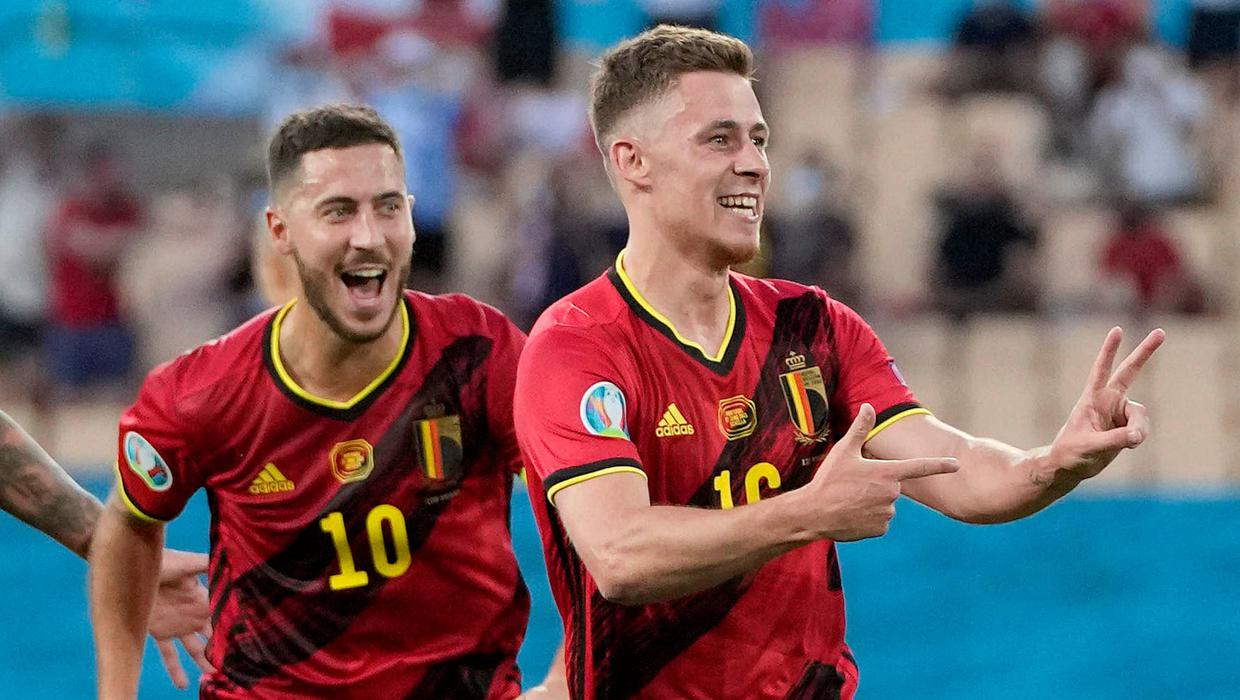 A moment of magic from Thorgan Hazard proved enough to knock out holders Portugal as Belgium continued their pursuit of a first major title by reaching the quarter-finals of Euro 2020. The Borussia Dortmund winger’s swerving drive from 25 yards arrived late in a cagey first-half was enough for Roberto Martinez’s side to set up a mouth-watering meeting with Italy. Portugal – who again only introduced Manchester United’s Bruno Fernandes from the bench – will look back on key Diogo Jota chances, a Ruben Dias header that was saved and a late Raphael Guerreiro drive that struck the post. 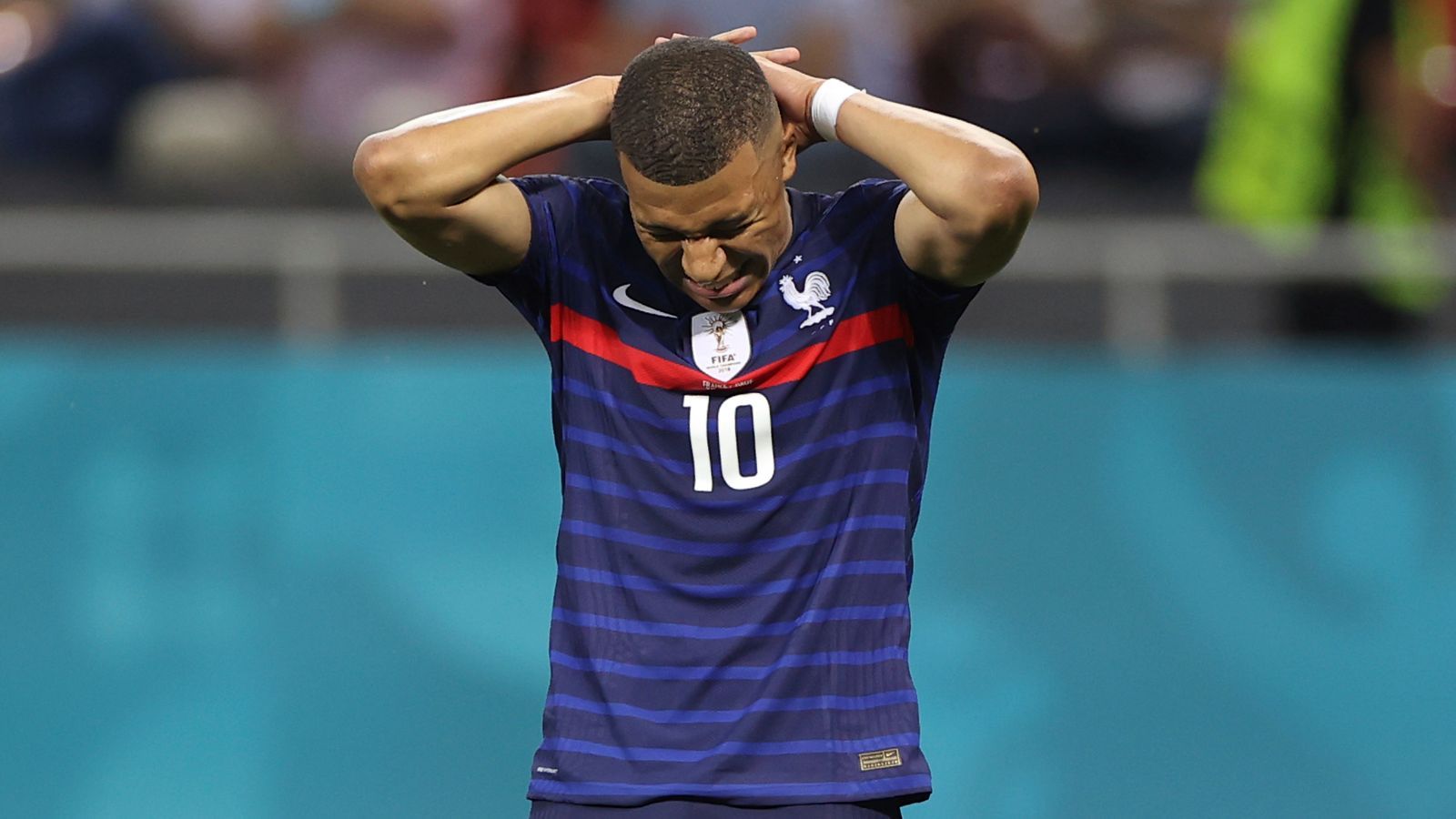 Kylian Mbappe saw the crucial spot-kick saved by Yann Sommer as Euro 2020 favourites France were eliminated by Switzerland in a thrilling shoot-out after a dramatic 3-3 draw in Monday’s last-16 tie. France looked to have battled back from the brink after going a goal down early on and conceding a penalty only to then find themselves 3-1 up with 15 minutes of regulation time remaining in Bucharest. But a late Swiss fight-back saw Haris Seferovic net his second and Mario Gavranovic force extra-time after cancelling out Karim Benzema’s brace and Paul Pogba’s scorcher. Both sides had chances in the extra 30 minutes but poor finishing meant the game went to penalties, where Mbappe’s disappointing tournament was summed up with the unsuccessful kick that sent France packing, Sommer diving to his right to make the save that sent remarkably sent Switzerland through 5-4 in the shoot-out. 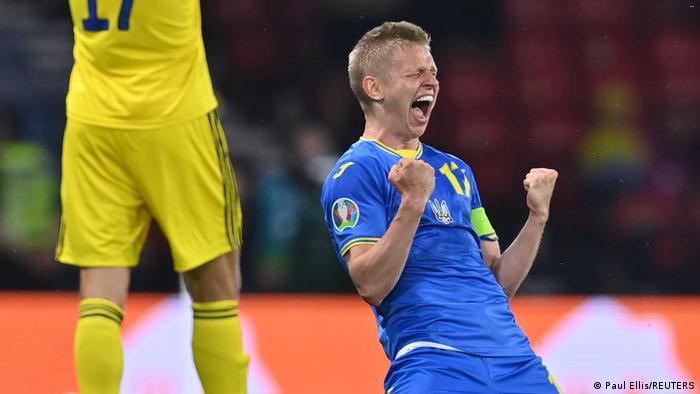 It’s now time again for us to bring you some interesting stats from the weekend’s action from match day 4 with the help of Opta data. 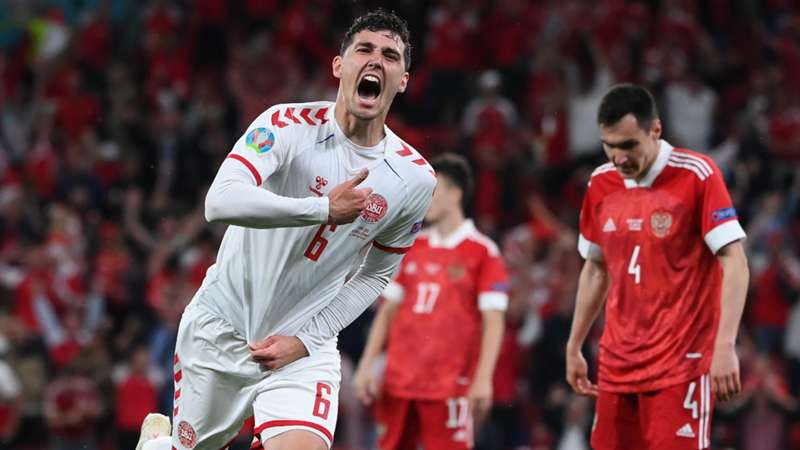 Bosuntheplug tells tales about his “Childhood Drama” on his debut EP

4 months ago Olumide Akinwale
Enable Notifications OK No thanks