The sequel to the 2016 American animated musical comedy film, Sing is showing in cinemas on the 24th of December. The film is directed by Garth Jennings, produced by Chris Meledandri, Janet Healy in Illumination and distributed by Universal Pictures.

The sequel follows the story of Koala, Buster Moon alongside his all-star cast of animal performers prepare to launch a dazzling stage extravaganza in the glittering entertainment capital of the world, Red Shores. The only hitch however, is he has to find and persuade the world’s most reclusive rock star to join them, in order to get Mr. Buster Crystal’s attention.

Just like the first film, Sing 2 features number of classic rock and pop hit songs from various artists, remarkable performances and beautiful artistry. The film wasn’t void of humour, as it is known of Illumination’s productions. All together, the film gives off a good cinematic and animated feel for the end of the year. 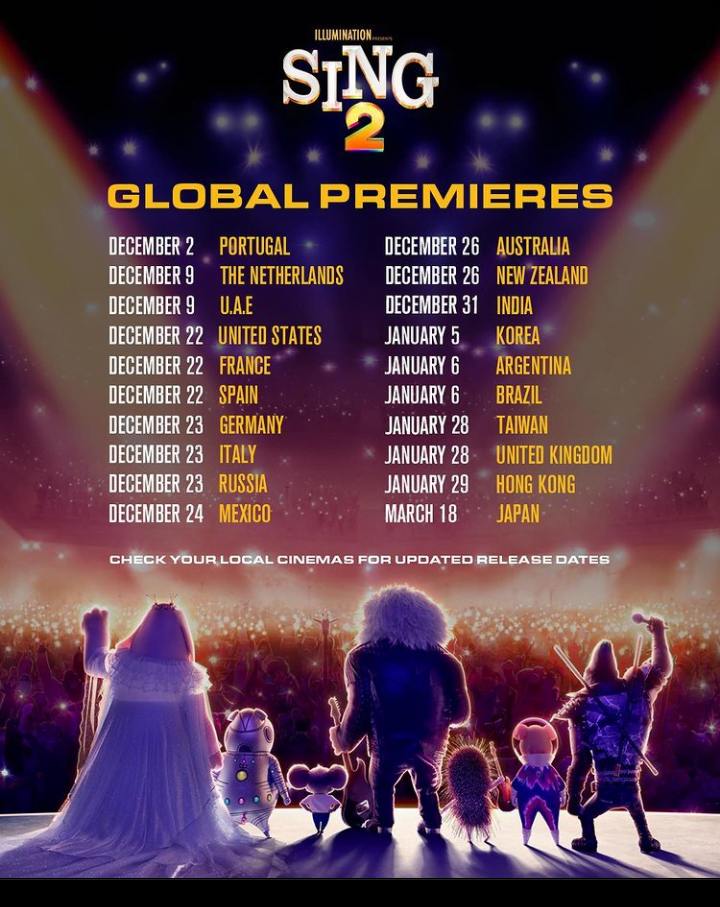 Sing 2 is showing in cinemas all around now.

You can catch the trailer here: