A new installment of American animated film, Ice Age, will be released on the 28th of January by popular streaming platform, Disney +. This is the first of the six installments whose production wasn’t overseen by Blue Sky Studios. The franchise is recorded to have successfully generated $6 billion in revenue, thereby emerging as one of the highest-grossing media franchises of all time.

The franchise is centered around group of mammals surviving the Paleolithic ice age. The five films that have been released under the franchise are; Ice Age in 2002, Ice Age: The Meltdown in 2006, Ice Age: Dawn of the Dinosaurs in 2009, Ice Age: Continental Drift in 2012, and Ice Age: Collision Course in 2016.
The new and 6th installment titled “The Ice Age Adventures of Buck Wild” follows the story of two adventurous Possum brothers whose aspiration is to escape the watch of their sister. 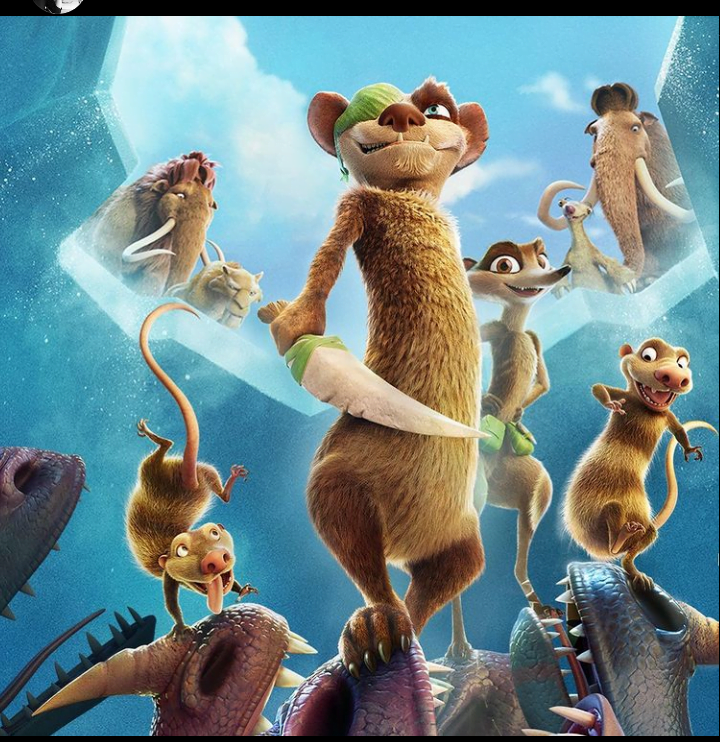 “Desperate for some distance from their older sister Ellie, the thrill-seeking possum brothers Crash and Eddie set out to find a place of their own, but quickly find themselves trapped in the Lost World, a massive cave underground. They are rescued by their one-eyed pal, the adventure-loving, dinosaur-hunting weasel Buck Wild, and together embark on a mission to save the Lost World from dinosaur domination.”

The constant voices on the series are of Ray Romano, John Leguizamo, Denis Leary and Chris Wedge.

Some other cast in the film are; Simon Pegg (as Buck), Vincent Tong (as Crash), Aaron Harris (as Eddie), Utkarsh Ambudkar (as Orson), Justina Machado (as Zee), Sean Kenin (as Manny), Jake Green (as Sid), Skyler Stone (as Diego), Dominique Jennings (as Ellie), TBA (as Peaches).

The film was directed by John C. Donkin, and Marshall Fels Elliott co-directed.
The script was written by Jim Hecht, Ray DeLaurentis, and William Schifrin. Denise L. Rottina produced it.

With Disney+ as the distributor, the studios involved in production are 20th Century Studios, and 20th Century Animation. The music was by Batu Sener.

7 days ago Raji Al-ameen
Enable Notifications OK No thanks