You must have been on the down side of life during your time spent on earth, it’s okay to have a sad experience, a melancholic one or just to suffer from an identity crisis; we have all been there, maybe some of us are still there battling this ten letter word called – Depression. You will find a plethora of quotes, write-ups and sayings on the web to justify several actions and behaviors. Some say depression does not exist, they say it’s just a figment of our imagination created in our minds, a fat lie! It’s like saying snow isn’t white, when in actual reality, it is white. Depression does exist and it serves as a catalyst for some persons to depict irrationalities.

It is a common illness that negatively affects how you feel, your thoughts, your cognitive and how you act. In the month of May (2019) alone, the total number of suicide rates that emanated from depression drastically sky rocketed in Nigeria. It went as far as becoming a trend, such that at least twice every week a student passes on as a result of the ten letter word.

We shouldn’t be ignoramus of behaviors of persons around us; the symptoms of the ten letter word includes: (1) denial: most persons at the initial stage always tend to deny the fact they are depressed; (2) loss of interest: in any form of activity, (3) trouble sleeping, (4) difficulty in concentrating, (5) increased fatigue just to mention a few. No! Not to motion a few, others include: loss of will, loss of believe in one’s self, unnecessary feeling of hate, withdrawal of any kind, anti-social acts etc. It is germane that as individuals, we should reach out to anyone depicting these symptoms, they might not necessarily carry a signage above their heads showing that they are depressed but reaching out is key.

In related light, depression affects an estimated one in fifteen adults, that’s (6.7%) in any given year and one in six people (16.6%) will experience depression sometime in their journey on earth.

Depression can emanate at any point in time but on average first appears during the late teens to mid 20s. Some studies show that one-third of women will experience a major depressive episode in their life time. It is pertinent to note that depression is not sadness or grief, when you are sad or grieving you know it in your cognitive. Depression is an illness. From being sad, one could graduate into the college of depression.

People get depressed because of a plethora of reasons, ranging from getting a bad result to over thinking, to dealing with pressure.

Asked why depression is rampant among the youths, Biochemist and Therapist, Mr. Stephen Okon said failure is a very big reason why youths have depressive times, “academic failure is a vital reason why most youths get depressed, often times their efforts are not always tantamount to their results. Being disappointed after over expectations is another reason why most people get sad and then from there crawl into the welcoming hands of depression” said Mr. Stephen Okon. 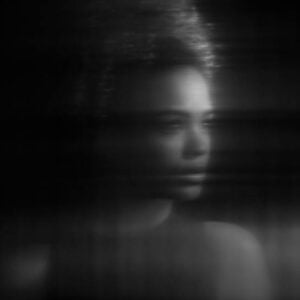 A 2018 study reveals that depression resulting to suicide and other things that come with it has increased over the years among the youths of Nigeria and other countries due to excessive usage of social media. The study concluded that youths who use social media excessively are likely to have reasons to compare themselves with persons who are opulent. Trying to live beyond your means as a result of what you see is in all ramifications.

The questions to be put forward now are: what are the steps to be taken to relieve one of mental incarceration that leads to depression? How can one get back to the right state of mind? What can you as an individual do to aid one who is deeply depressed? No alliterations intended.

• Nothing is wrong with therapy: as individuals that we are we can’t necessarily exist in isolation, it will be unorthodox. Endeavor to talk to someone or something. I recommend listening to some specific genres of music that can be uplifting.

• Always be on the lookout for others: not everyone wants to share their problems or even accept that they are going through a difficult time and phase. As a reader of this piece, I put it to you to call that person you have always wanted to call, check up on that relative, check up on that friend, send out a series of broadcast of positivity. You just might not know who needs it.

Everyone should also take it upon themselves to be emotionally intelligent. Self awareness will help you more on managing yourself while empathy helps you know the best way to deal with others, therefore the cliché saying—know yourself or nobody wont.

5 facts about Netflix’s A Naija Christmas.

Will Emily in Paris return for Season 3?