Christian Eriksen has long been confirmed as a Manchester United. He joined the team on July 15 and will be eager to make an impact at Old Trafford right away. The Danish international joined the Premier League giants as a free agent after spending the second half of the season at Brentford after being linked with them for many years. He returned to competitive action with the Bees after recovering from a cardiac arrest suffered at Euro 2020, with his exploits in west London convincing United to make a move. At 30 years of age, and with useful experience of life in England under his belt from spells at Tottenham and Brentford, Eriksen is expected to star for Erik Ten Hag’s new-look side, but what number will he have on his back?

The Danish international is a model No. 10, able to meld naturally into that position because to his creative abilities. Marcus Rashford, who is already a United player, is filling that position, hence a different jersey has to be worn. Eriksen will join Ten Hag’s squad wearing the No. 14 jersey, according to the Red Devils. A preseason tour of Asia and Australia delayed Eriksen’s adjustment to his new environment a little, but now that United have returned to Europe, he may resume playing after friendly matches against Atletico Madrid in Oslo and Rayo Vallecano at Old Trafford. 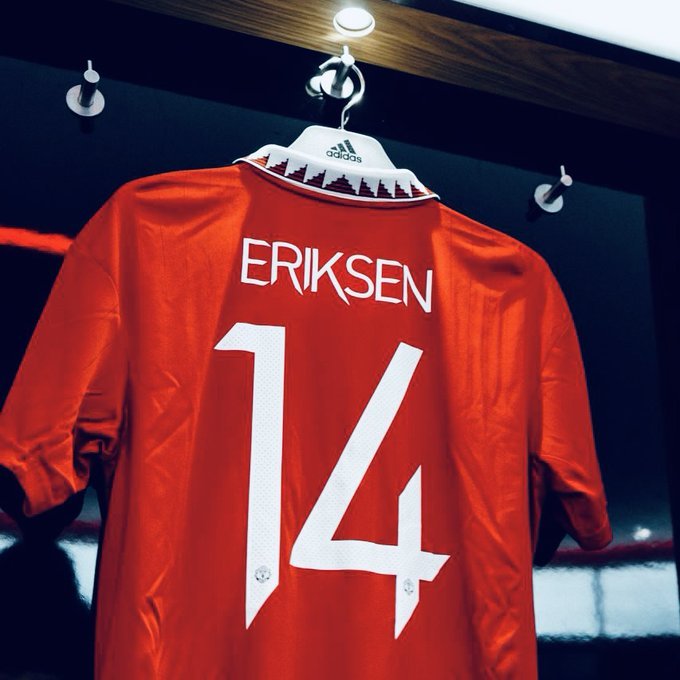 A couple of the numbers that Eriksen has taken on at club level in the recent past were up for grabs in Manchester. He was most recently No.21 at Brentford, with an opportunity presenting itself to continue that theme, while 24 – the spot he filled at Serie A giants Inter – is also available.

Looking further down the list at Old Trafford, and No.6 could have been inherited from the departed Paul Pogba, but instead went to Lisandro Martinez In the end, Eriksen opted to take on the No.14 jersey at United, which was vacant after Jesse Lingard departed on a free when his contract expired.