Despite a difficult season on Merseyside, the playmaker feels that the club can turn things around under Frank Lampard. Richarlison, Everton midfielder, believes the club can firmly return itself to the Premier League’s elite echelons, describing his dedication to the Toffees as a “love relationship.”

The Merseyside club has had a dreadful season, hiring and firing Rafael Benitez and struggling to turn things around under Frank Lampard, leaving them in the midst of a relegation battle. While Richarlison is well aware that it has been a difficult season, he remains committed to Everton and believes they can turn things around in the next weeks and months.

“I have a great relationship with both the club and the supporters,” the 24-year-old told GOAL. “I know how everything works on a daily basis. At this moment we’re through a difficult situation, fighting at the bottom of the table, but I believe in each one of my mates.

“We have a good team. We could be fighting at the top of the table, but then we’ve suffered with a lot of injuries and we felt this. But I’m sure we will climb up the table.

“My relation with Everton is this, it’s a love relation. I have a great fondness towards Everton, as they have for me, and I’m thankful for this. I’m sure we’ll climb up the table.” 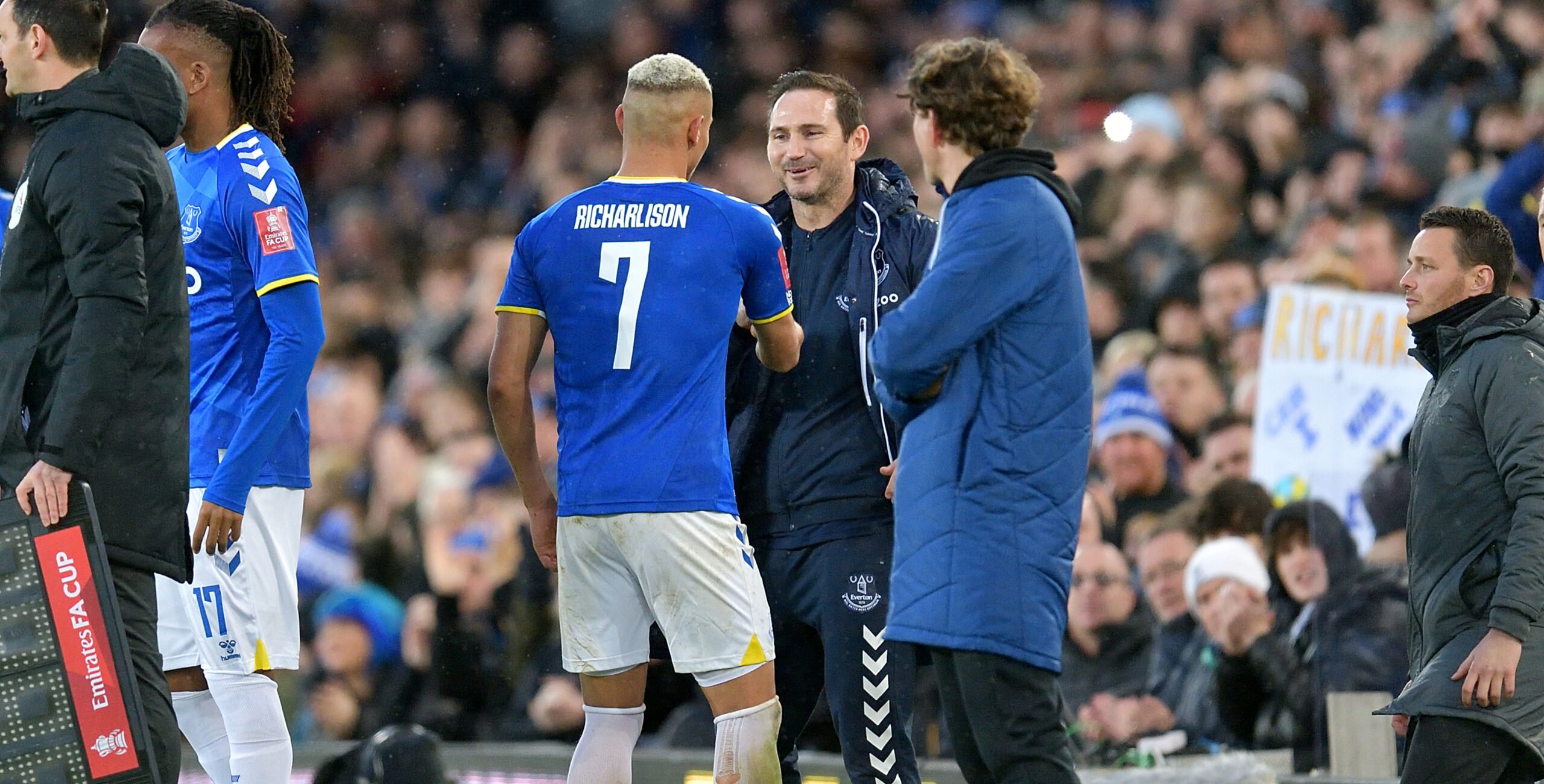 During his time at Goodison Park, the Brazilian has had a succession of celebrated coaches take him under their wings, including Champions League winners Carlo Ancelotti and Rafa Benitez, but he now finds himself under a boss who isn’t too far removed from his own playing days.

“We try to learn the maximum we can from him,” he added on Lampard. “Due to his past as a football player, he can understand our situation as well. He knows we’re not living a good moment, so he is always trying to lift our spirits.

“This is his second job as a manager in the Premier League, the first one being in Chelsea. He has all that it takes to do a great job here at Everton. The players have to believe in his work, which we’re doing. We’ll do everything to evolve with him in charge and we hope he can be happy with Everton as well.”