These were the talk of the town like a house on fire because they were literally hot cakes dropping music singles, albums, videos and what not back to back that fans saw them as the future of the genre they made only for them to slip away without any notice or sort. The following is a list of five Nigerian musicians who fall into this category: 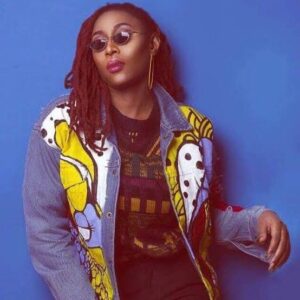 Cynthia Morgan started her career has a R&B artist steadily serenading our ears with tunes like “Don’t Break My Heart”, “Lead Me On” to name a few but suddenly the image she kept of herself as this decent good girl R&B singer suddenly changed to her being so outspoken with her fashion choice and choice of songs in terms of production and lyrics because she fully turned into a Reggae/Dancehall Pop star without changing her energy because just like her smooth vibes during her R&B days she brought fire to ever song with her ever vocal and banging songs that can’t help but keep you off the chairs dancing with every ounce of energy left in you. 2014 was really the year of that transitioning for her and this kept her in the mainstream music media for the whole year with her musical release, fashion choice, relationship. Success had nothing on her for she even digressed into acting appearing in a couple of movies – most notably the adventurous comedy-drama “A trip to Jamaica” in 2016 –all these while still giving us tunes to jam to in “German Juice”, “Bubble Bup” just to name a few; and these not only brought Cynthia Morgan fame but money and a whole lot of recognition in the music industry for she was not only among the top female artist then but also among the diverse artist we had back in 2015 and 2016 leading her to win many awards and garnering her a lot of music award nominations and features from her colleagues.

Things continued to look good for “The Original Gangster Property” (an alias she dubbed for herself mainly because of her preferred genre of music) until mid 2017 when she was caught up in the whole Dammy Krane saga for she was his lover at the time, which brought bad publicity for her and as if that wasn’t enough fast forward to April 2018, the worst kind of scandal befell her – financial issues – when she was dragged to court by her own landlord for being unable to pay her rent and since then it’s been all sunset but not in the beautiful way but in that literal latter state of sunset for her because she hasn’t really recovered since then for she has released a couple or a lit bit more songs but all failed mainstream wise plus even the entrepreneurial effort she put into being an executive by starting her own company – The Cynthia Morgan Company (TCMC) – has proven to be nothing but futile. She even changed her stage name to Madrina but nothing seems to work anymore music wise for Cynthia Morgan aka Madrina. 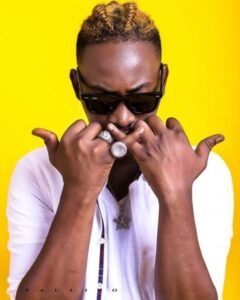 Ibadi ni jo wa, bere ko jo, ko jo that was the hook that brought the “My Dear” crooner to mainstream fame in 2012 with the catch phrase Ko le re body, that song was a massive hit everywhere in Nigeria amassing airplay from TV to Radio to getting him interviewed on different media outlets from newspapers organizations to magazines. No lying, Dammy Krane was really a big fish in 2012 to 2013. And just to buttress how big Dammy Krane he amongst many awards won the prestigious Headies Award of Rookie of the Year in 2012 and also got nominated for the same award in 2013 in the Next Rated category the following year competing against top acts like Burna Boy and Phyno.

But how did Dammy Krane fall of the mainstream radar? Of all the reasons that might come to mind, his felony charge for grand theft, credit card fraud and credit card theft in the city of Miami, USA in 2017 might easily come to mind because that’s not the kind of character identify expected from any human, talk more of a celebrity and the ensuing that followed wasn’t good for him in terms of publicity because not only did he defame himself but also his country being Nigerian and that stirred a whole lot of listeners from him and his music; making him the end of several backlash from media outlets and fans alike. And it seems the “Amin” hit maker isn’t done with defaming himself just yet because just his most recent trouble with the law came in September of 2019 when he was accused by the MerryGold betting company of cyber-bullying and life threat of staff of the company while on air in an interview on Cool FM radio station and this led to him being charged with libel and cyber-bullying risking him 3 years in jail if convicted. The saying: “There is no such thing as bad publicity” clearly wasn’t meant for Dammy Krane because even though he is signed to the legendary Hypertek which houses and is owned by 2Baba and also 360 Music which has a headlining artist in Tiwa Savage, he hasn’t been able to keep a clear head and stay out of trouble and bad publicity which keeps drastically affecting his musical career because naturally no one hangs with the kids who always get into trouble and this surely hasn’t been different in the case of Dammy Krane because clearly he not only does not get endorsement deals or cosign from older artists anymore but he has lost his credibility musically speaking. 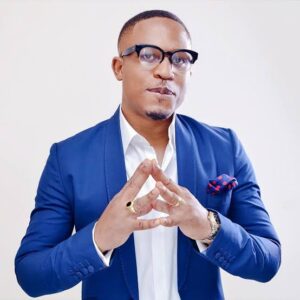 Self acclaimed the only MC with an MSc. Rapper really had one of the cultural defining moment in Nigerian Hip-Hop/Rap industry mixing a perfect blend of Rap with Afrobeat and serving it with chilled vibes but hot and hard bars. Naeto C formed a niche for himself unlike his compatriots before him in the same genre who always tried to keep it G by imitating the originators from USA and trying to be hard with all sort of street credibility but that was not what Naeto C was about. He stayed in his lane and quickly grew to become one of the fans favorite in 2008, 2009 even 2010 (which might seem to be the peak of career). This like you’d probably have figured out won him a lot of awards and shot his music over the Nigerian roof into the African continent, to cap it all in Naeto’s words: walahi talai gimme lighter, sheybi we’re on fire kini big deal.

Naeto C unlike his peers has managed to keep a very low profile lifestyle out of music releases, no wonder he hardly gets involved in misdemeanor or gets dragged in scandal, although this might have taken a toll on his career keeping him out of limelight in the showbiz but it pays off for him because the last time we checked, he was appointed Special Assistant on Lagos Liaison by the immediate former governor of Imo state and this for sure must have kept him busy in the political world and made him inactive on the music scene. 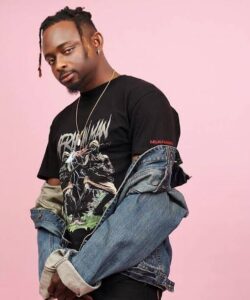 I come dey jonze like I be Indiana. Sho lee? Ko lee . . .Back in 2013 that was an unavoidable – an enjoyable one at that –that lurked around the mouths of everybody from younger children to teenagers to older ones even the daddys and mommys couldn’t help but spill the lyric in the air every once in a while and that for sure stamped Sean Tizzle as one of the promising talents of 2013 and that he did do by going on to give us good music all through especially by releasing his debut album “The Journey” in 2014 leading him to win stack on stack on stack of awards year round and that was everything Sean Tizzle could have asked for at the start of a promising career in music. He kept this good run of putting good music out, in addition all his features where selected wisely and they did well on the mainstream platform from 2014-2016. He was so good that he ousted the attention of his fellow Nigerian artists and brought all to himself, doing so subconsciously. Yeah, Sean Tizzle was such a gem plus the bond he had with his producer DTunes (also then executive owner of the label he was signed to) was so organic, truly one of the rarest we’ve seen in the music industry till date. It was like DTunes was peanut butter while Sean Tizzle was the bread to spread on and the music industry ate that delicious combo for over two years until things started falling apart for Sean Tizzle.

The pinnacle of his regress from mainstream came in 2015 when his then label, Difference Entertainment signed five new artists with Q-Dot as forerunner and this allegedly displeased “The Perfect Gentleman” prompting him not to renew his contract and introduce us to his independent label Tizzle Nation but since then it has not been roses and sweet smelling for him because he keeps getting involved in petty misunderstanding like when he said Omawumi’s cover of Hello is better than the original Adele’s version which gave him a lot of backlash and savagery from Nigerians; not also forgetting his bleaching saga. Let’s just say SeanTizzle has been unlucky when it comes to keeping his mouth shut and staying off petty misunderstanding and saga. 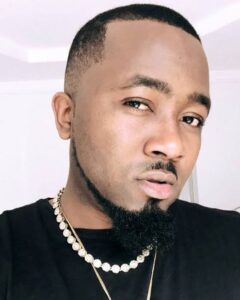 Ice Prince Zamani, the fresh aboki from J-town has clearly at one point been one of the favorite Nigerian rappers who had that potential to go beyond Africa and fly to the foreign rap scene promoting Naija relentlessly but sadly the reverse is the case in the modern Nigerian rap industry for Ice Prince but let’s rewind a bit. Ice Prince major breakthrough single was “Oleku” in 2011 and that skyrocketed him into mainstream music media and brought all forms of accolades to him and his brand and label. Not only was his successful but he formed a bond with his label mates he prefer calling family members, a three-fold chord in the Nigerian rap industry like never seen before and was nominated Vice President of his label, Chocolate City from 2015-2016, he also got a ton of features from his local colleagues to the international scene; we all know the story of Ice Prince, it’s really an incredible come-up story for real and to be fair he really maintained the grind mainstream wise until 2016 when he gradually fell off the radar when he decided to leave his 7-year relationship with Chocolate City because in his own words he was “not going to get baby-sitted for the rest of [his] life” rather he is now a man of his own and capable of running his own independent label but that clearly hasn’t paid off for him making him seem like he can’t even rap anymore or at the topmost of it all, he has been nicknamed ‘Wash Prince’, ‘Melted Ice Prince’ – the subject of many ridiculous jokes and memes on social media especially Twitter