Sadio Mane has stated that he is ready to play anywhere for Senegal at the Africa Cup of Nations in Cameroon. Despite serious worries that he would miss the Lions of Teranga’s quarter-final match against Equatorial Guinea due to an injury received in the Round of 16 match against Cape Verde, the 29-year-old played a significant role as the Lions of Teranga cruised to a 3-1 victory.

Senegal defeated Nzalang Nacional with goals from Famara Diedhiou, Cheikhou Kouyate, and Ismaila Sarr at Ahmadou Ahidjo Stadium in Yaounde, Cameroon on Sunday. Nzalang Nacional pulled a goal back through Jannick Buyla Sam, but it was not enough to enable them advance.

Mane was everywhere on the pitch to assist Senegal put in their best performance of the finals thus far, including setting up the first goal for Famara Diedhiou.

“It’s my job [to be ready to play everywhere]. I have to do it because I think it’s really important for me,” the 29-year-old said after the game.

“It’s important for the boys to make sure we win the game, so to win you have to do everything and make all the sacrifices necessary.” 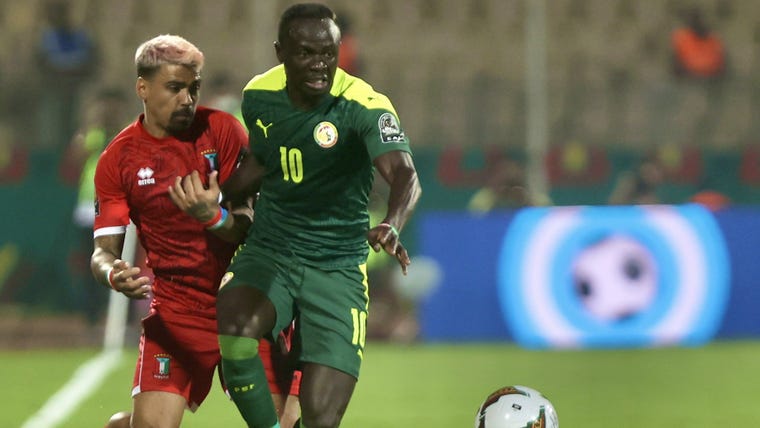 Many saw Sunday’s performance as Senegal’s best yet in Cameroon, but Mane was keen to point out all their results at the tournament have been important.

“I think all the games, for me, are the best. Of course I know people always look for nice football, try to create chances and score and that’s normal,” he added.

“But as a football player you can’t expect this all the time. Doing this without winning makes no sense.”

The West African nation finished runner-up in the most recent edition, which was hosted in Egypt in 2019, after losing 1-0 to Algeria in the final, and Mane believes his team must progress further if they are to reach another final.

“We have enough time to prepare, see the videos, and improve because it’s important,” Mane continued. Meanwhile, Senegal Football Federation president Augustin Senghor is confident the Lions of Teranga can go further than the semi-finals and clinch the trophy.

“I think we can go further than the semi-final and have one objective – win the trophy for the first time,” he told the same portal. “When we left our country it was not to go to the semi-final but to the final and to win our first AFCON.

“We continue to work hard, to play with talent but also humility, respecting all our opponents. Senegal is increasing its level match after match and that is important because the first game people were saying we were not scoring many goals, but today we scored three goals.”

The Lions of Teranga also reached the final in 2002 in Mali, when they lost on penalties to Cameroon. Senegal will play Burkina Faso in the last four on Wednesday at Ahmadou Ahidjo Stadium.