Instagram is looking to combat misinformation and false news on their platform and have recently rolled out a new feature to flag fake photos or “photoshopped” images when reviewed by independent fact checkers.

Last week, San Francisco-based photographer Toby Harriman discovered a new feature on Instagram that allows the app detect if your picture was photoshopped, allowing it to conceal “fake” images from Instagram users via Feeds, Explore, Hashtag and Search Pages. Toby Harriman was scrolling through his main Instagram feed a few days ago when he saw the “False Information” warning pop up for the first time. 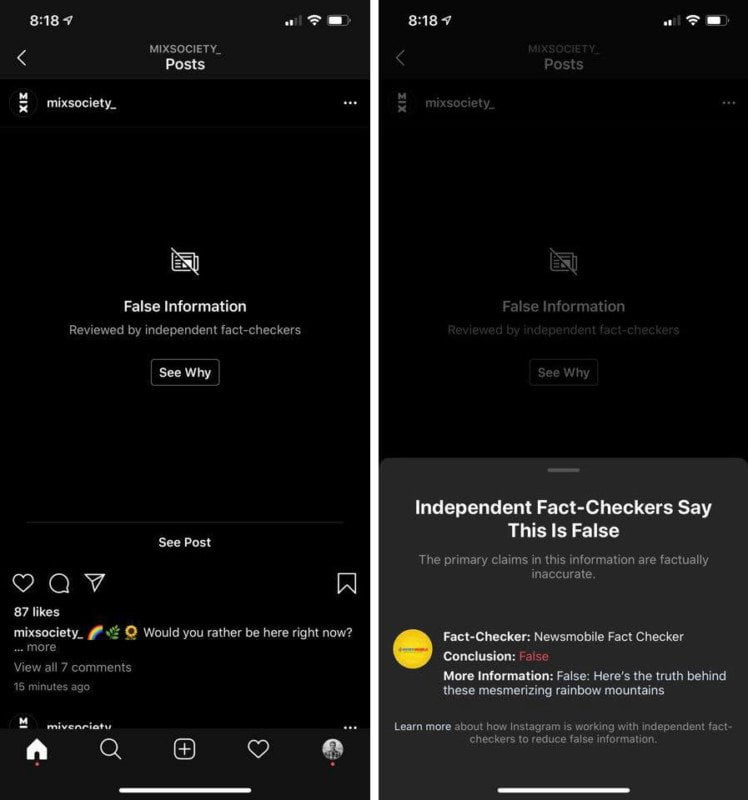 Harriman announced the new feature with the caption on Facebook: “Looks like Instagram x Facebook will start tagging fake images / digital art”. Instagram said the system uses “a variety of reviews” from its users and technology to “identify the images to send on to independent fact-checkers from third parties.” 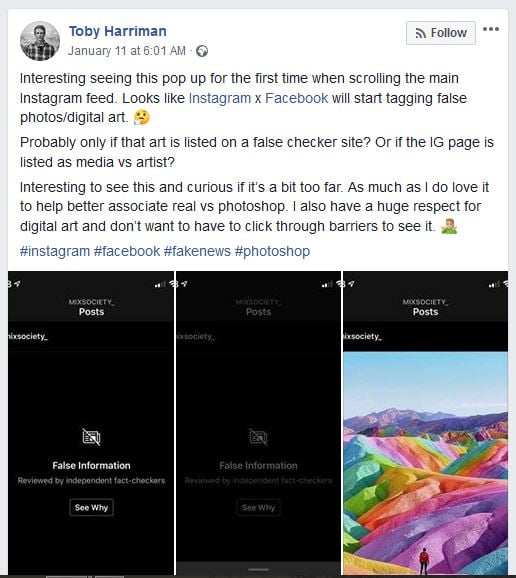 Earlier in 2016, The Guardian reported that 2016‘s presidential campaign faced Facebook criticism due to the platform spreading fake news. In 2019, Zuckerberg declared, according to Business Insider, that his company refuses fact-checking political advertisements. The founder of Facebook told the publication, “We don’t do this to help politicians but because we think people should be able to see what politicians are saying for themselves. And if content is newsworthy, we are also not going to take it down even if it would othetwise clash with many of our principles.”

With the feature in motion, Photographers and creative artists are wondering if this goes too far and makes it more difficult to share and show certain styles of imagery.

Get The UNWIND App: Wellness At Your Doorstep

8 months ago Olumide Akinwale
Enable Notifications OK No thanks