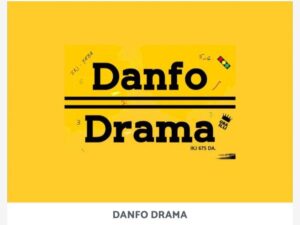 The danfo vehicle is a commercial bus that operates in several states in Nigeria, and lagos state being the commercial hub of Nigeria boasts the highest numbers of these vehicles, their colours are state specific of which those of lagos can be identified with the yellow colour. These buses carry at most sixteen commuters. They play a very vital and pivotal role in the lives of some lagosians; people who reside in lagos, including myself. Sometimes I make use of the so called ‘danfo buses’. If I want to give a rough estimation I would say I board them at least four times in a week.

As much as these buses are important and useful, most of the commuters have a plethora of woes and tales to tell, sometimes the drama and acts does not always emanate from the crazy bus drivers and the schizophrenic bus conductors, it also comes from the commuters. These buses carry a mix of characters and personas , in other words, they carry the gentle , the angry , the pious , the liars , the chatter boxes , the taciturn , the ones who are attached to their headphones , the thieves, just to mention a few , we both know that the list goes on and on. I do not want bore you with a lengthy article , so without further ado the different characters will be discussed.

To start off, we have the deafening screamers – people here are tumultuous and loud. These are the kind of people that make disturbing phone calls on the buses and also raise their voices if they have not collected their change from the conductor or bus driver. They are often female not to sound misogynistic. I am pretty sure they don’t take cognizance of the fact that they are loud. If you fall within this category, know that if we all start screaming on the bus for our change the bus will turn to a mad house. And funny enough these persons who often scream at the top of their voices for their change get on the bus with 1000 naira note for just a 50 naira bus fare.
Next on the list is (drum rolls) —the preachers—or should I say the pious individuals. These ones just turn the buses into a complete Sunday thanksgiving service; ladies and gentlemen once you hear the phrase “praise the lord” just brace yourself for some serious preaching. You cannot afford to get mad at these set of people because it’s like getting mad at God.

Third on the list are the liars—we all have been in this third category at one point or another . Persons here,are often found lying to persons they are conversing with over the phone who is probably expecting them to be somewhere. You hear stuffs like “I’m very very close to yaba” ,whereas we are all at ikeja , these ones have no conscience. If you fall in this category you need to make some changes.

Next on the list are the arguers—these ones are not taciturn. If the fare is increased or augmented by the bus conductor or bus driver at any point in time, you will just be hearing stuffs like “buhari this….. buhari that………. . We all know that there are also buhari supporters, so I don’t need to tell you what goes down from there.

Next on the list we have the sleepers- these ones sleep for a living, they can sleep anywhere. They don’t feel any form of insecurity; they are overly confident and comfortable. Once they board the bus, they just start sleeping and use their heads to disturb other persons. Some sleepers are very annoying to the extent that they tend drool on you. Only God can save these ones.

Let’s not forget the ones with incomplete fare—these ones end up begging the bus conductor. At the end of the day they don’t mind getting embarrassed. They knew from the onset that they didn’t have the complete fare yet they board the bus and cause a form of catastrophe.

The last on the list are the angry ones—trust me, you do not want to get on the bad side of these ones or have any iota of body contact with them. Their aura just screams “I am angry, don’t talk to me, don’t touch me, and don’t even breathe near me. They seek any means to transfer their aggression. You can tell from their facial expressions and their countenance

With all these said , what I do to evade and avoid any form of drama is just hold my change, make use of my headphone get a seat next to the window , mind my business like I usually do and eat my plantain chips in peace, no alliterations intended.

3 days ago Raji Al-ameen
Enable Notifications OK No thanks