Senegal won the Africa Cup of Nations (AFCON) for the first time on Sunday, defeating Egypt in the final at the Paul Biya Stadium. Sadio Mane converted a crucial penalty for Senegal in the shootout, and in the end, the side defeated Mohamed Salah’s Egypt in the summit clash. Senegal ended up defeating Egypt 4-2 on penalties.

It marked the end of a month-long competition in Cameroon, when 24 teams competed for Africa’s most prestigious title. Hundreds of players left their clubs to represent their countries during the tournament, which took place in the middle of the European club football season. Senegal had the better start to the game, earning an early penalty after Mohamed Abdelmoneim took down Saliou Ciss in the box.

Mane, though, missed the early chance to put Senegal ahead when his penalty kick was saved by the tournament’s surprise performer, Egypt’s Mohamed Abou Gabal, who was named man of the match. 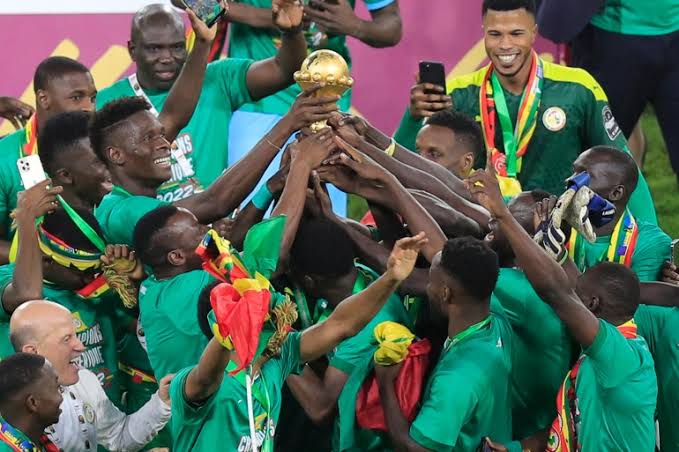 Senegal continued to create opportunities for a foot to tap the ball into the net. After his semifinal ban, Egyptian coach Carlos Quieroz watched from the sidelines as winger Ismaila Sarr fired two crosses across the face of the Egyptian goal, but each times Mane was unable to make the finishing touch.

Egypt grabbed their first chance of goal over half an hour into the game as Salah twisted his way inside the Senegal box, but Edouard Mendy safely scooped up his attempt. Salah forced another good save from Mendy two minutes before halftime. 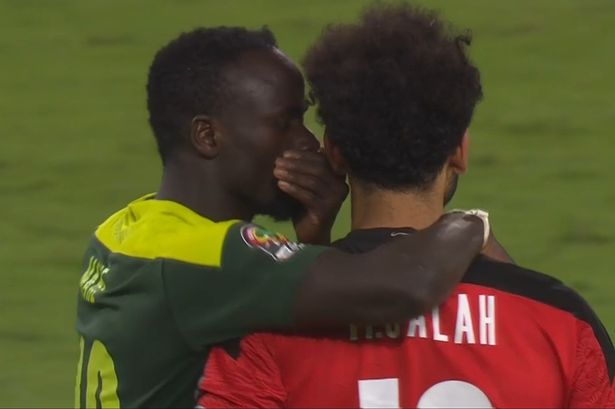 Senegal, Africa’s best-ranked team, eventually found a way to beat Africa’s best-organized defense, Egypt, after 120 minutes of sometimes grueling football under the lights at the Olembe stadium in the Cameroonian capital Yaounde. Mane’s Liverpool teammate, Egypt’s icon Mohamed Salah, pulled his red shirt over his head as he walked up to take the shootout’s final penalty. He couldn’t stand it any longer.

Sadio Mane embraced Salah after the game, and photos of both Liverpool stars have already gone viral.