The EPL is in full gear and the games are coming thick and fast. Matchday 20 comes with the most tantalizing matchups, with four of the top five placed teams facing each other and the fixtures finessed into Manchester Derby and The North London Derby, the scripts could never be better written, a Spanish clash of titans in neutral territory as Barca battle Real Madrid for the Spanish Super Cup, Heavy weight clash at the top of Italian Serie A As Napoli welcome in form Juventus side with 8 wins on the bounce and no goal conceded. The weekend is a football fan’s dream; wherever your allegiance lies, there’s just about enough football to go round, and I’m here to help you prepare…

Rivals Manchester United and Manchester City meet for the 52nd time in the Premier League (PL), with United bidding to end a run of three straight H2H league defeats, their worst run of derby defeats since 2013-14. Hope is high that the Red Devils can do just that with Erik ten Hag’s men haven’t conceded in almost five hours of play and remain unbeaten in seven straight PL home games (W6, D1), a run which includes victories over Spurs and league leaders Arsenal.

Just four points separate the city rivals within the top four with City in 2nd place and Red Devils in 4th, and with such little in it in terms of their respective league records this season, United may not feel like the rank outsiders the odds suggest. However, Pep Guardiola’s Manchester City will be raring to get back to the small matter of a PL title race after reducing Arsenal’s lead to five points with a 1-0 win over Chelsea.

Having scored six in October’s reverse fixture, Guardiola’s men need only three here to equal the most goals ever scored against United by a single opponent in one season. Which would perhaps be a fitting way to mark Guardiola’s 500th game in top-flight management.

Marcus Rashford has scored in three consecutive PL games and 7 games in 6 outings for United but now seeks to break a personal five-game duck in the Manchester derby.

Known affectionately as a ‘cheat code’ by many PL fans, City’s Erling Haaland scored a hat-trick in the reverse to become the first player to hit three trebles in consecutive PL home games, though he is yet to pick up the match ball on his travels for City.

Napoli’s 2-0 victory over Sampdoria on Sunday got their title push back on track after losing to fellow contenders Inter Milan 1:0 at the Giuseppe Meazza. Combining this with Milan’s late collapse against Roma, ensured Napoli will top Serie A (SA) at its midway point. Making them the so-called Winter Champions. However, the Partenopei will be acutely aware that their battle to secure a first SA title since 1990 is far from over as they topped the table at the half-way stage back in 2017/18 and 2015/16, but in both seasons were surpassed by Juventus.

Luciano Spalletti’s side will hope this story finally has a fairytale ending, and with nine consecutive home victories, Napoli have certainly built solid foundations upon which their title push has been formed. That’s largely due to the fact Napoli have scored a league-high 12 home goals before the break, and they will be eager to again start on the right foot in search of a fourth-successive home league win against Juve.

Massimiliano Allegri has once again proved his tactical brilliance, as he has now led Juventus to eight consecutive clean-sheet league victories despite the ongoing injury crisis at the club. In fact, Juventus are just two clean sheets away from equalling their own SA record of ten back in 2015/16 and 2017/18 and an accompanying victory here would see them move to within four points of Napoli at the Italian topflight.

With Juve’s top-scorer Dušan Vlahović still out for at least another four games, it will be the visitors’ defence which will likely once again be their main threat as they search for a fifth consecutive 1-0 away SA win. It could be a late show that seals Juventus the win however, as none of the previous four have seen them score before the hour mark.

After opening the scoring against Sampdoria, SA’s top-scorer Victor Osimhen has netted five of his last six goals before the 25th minute Trying to stop him, Wojciech Szczesny has four career clean sheets against Napoli, but only one as a Juventus player!

The 193rd edition of the North London Derby caps off a decisive weekend of top-half battles with Tottenham looking to get through a difficult four-game period that includes fierce rivals Arsenal, high-flying Fulham and title challengers Manchester City twice. A recent thumping 4-0 win at Crystal Palace was described by manager Antonio Conte as “a good reaction” to a bruising home loss to Aston Villa (0-2) just days before.

Tottenham’s 1-3 loss away to Arsenal in the reverse H2H was their first (not only) of the Premier League (PL) season after a promising start (W5, D2), but would go on to be the first of four defeats from five clashes against top-seven opposition (going into the weekend), vindicating Conte’s unpopular assessment that last season’s top-four finish was a “miracle” and unlikely to be repeated in 2022/23.

Runaway league leaders Arsenal failed the first test of a difficult January with a 0-0 draw at home to Newcastle, but victory both here and at home to Manchester United the following weekend would confirm their standout credentials for a first PL title since 2003/04. The record-breaking nature of their season was further highlighted when an FA Cup demolition of Oxford United became their 20th win from 25 games across all competitions this season (D2, L3), the fewest games required for 20 competitive victories in any of their 137 seasons!

For just the second time since 2015, the Gunners are going to start an away PL North London Derby as favourites, illustrating just how difficult it has recently been to win as the visiting side. In fact, their home win against Spurs in October was the 17th consecutive league game between these two sides not won by the visiting side on the day (D6, L11), extending the longest such drought in the history of the fixture. But with the 11-point gulf between the sides by far the largest approaching a North London Derby in those eight years, more history could be made.

Players to watch: Harry Kane finding the net in a North London Derby is almost as certain as death and taxes as he’s scored in 12 of his last 16 PL games against Arsenal. Gabriel Martinelli goals and Arsenal victories also go hand in hand, with his seven PL goals this season all arriving in wins. 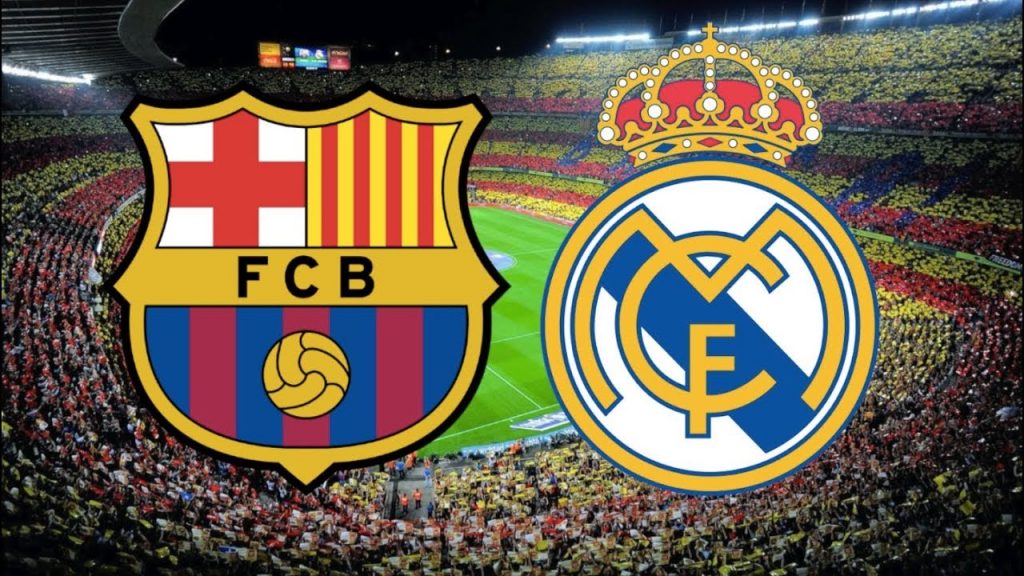 The latest act in Europe’s biggest fixture will be played out in Saudi Arabia as the bitter rivals, who are tussling for supremacy in La Liga, meet in the final of the Spanish Super Cup.

Both sides came through penalty shootouts to set up the blockbuster showpiece in Saudi Arabia. They were pushed all the way by Valencia and Real Betis respectively, but goalkeepers Thibaut Courtois and Marc Andre Ter Stegen were the difference in the shootouts.

Sunday’s Clasico, the second of the season, promises to be another clash to savour as the Spanish giants battle it out for the coveted trophy.

There is no doubt that the legendary clubs are once again the pre-eminent forces in Spain and Sunday’s meeting promises to be a captivating affair as both look to lay down a marker.

Real produced a clinical display to win the most recent meeting of the sides in October, with Benzema, Federico Valverde and Rodrygo scoring in a 3-1 victory at the Bernabeu.

It was a significant moment for Los Blancos after they were thrashed 4-0 by Barcelona in March as the Xavi’s Barca revolution looked to be gathering pace.

With only three points between them in La Liga, Sunday’s meeting will have ramifications far beyond Riyadh as both try to reimpose themselves at the summit of Spanish football.

AS Roma vs Fiorentina 8:45pm