Andriy Yarmolenko, Ukraine international, was emotional after scoring the opener against Aston Villa in his first West Ham game since the onset of war in his homeland. When the 32-year-old handled Benrahma’s pass with his right foot before blazing past Emiliano Martinez with his left, he put the Hammers on the front foot. Substitute Yarmolenko, who came on in the second half to replace Michail Antonio, cried as he knelt in joy.

The former Dynamo Kyiv playmaker was greeted warmly by both sets of fans, with some Aston Villa fans even applauding as he was embraced by his teammates after scoring the goal.

Speaking to Sky Sports, Yarmolenko said he “tried to give everything on the pitch”.

“It was so emotional for me because of the situation in my country,” he said. “It is so difficult for me right now in this moment thinking about football because every day, the Russian army is killing Ukrainian people.

“I just want to say thank you to my team-mates, who support me all the time, every day. To West Ham fans, they also support me and Ukrainian people and also to all British people, because we feel you support us.

“I felt the support from the fans and I tried to give everything on the pitch because I know how important the game was for us today. I’m not ready for 100% because the last two weeks I train maybe three or four times.

“Since 26 February, I had to rest for four days because it was impossible to train; I was just thinking about my family and my people. I just tried to give everything on the pitch.” 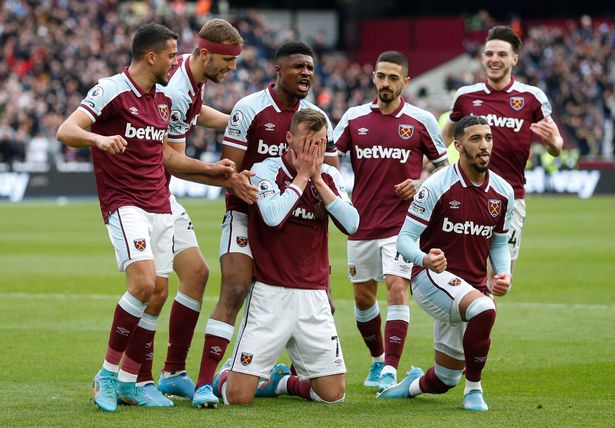 Following the game, Hammers boss David Moyes told the BBC the club had given the striker “as much time as he needs”.

“His family are safe at the moment, he tells me,” said Moyes. “He wants to make sure everybody is fine and he has a lot going on.

“Sometimes, football is a release and hopefully he has had a bit of a release getting on the pitch again and scoring but there are more important things in life than football.