The January winter transfer window is officially closed with several teams in Europe being heavily active in the market. Here is a summary of some completed deals you might have missed out on.

Martial has fallen down the pecking order at Manchester United, and a loan to La Liga-chasing Sevilla and Julen Lopetegui’s restorative coaching genius under the Andalucian heat could be precisely what the Frenchman needs to get his career back on track.

Wolves signed Erling Haaland’s old striker partner on loan in the summer, but he’s impressed so much in his first half-season with the club that they’ve already activated the buy clause in his loan agreement to make the transfer permanent.

United’s promising teenage winger has relocated to the north in search of greater playing time. So far, so good, as he scored his first goal for the Glaswegian team just five minutes into his debut, and he should have a strong second half of the season.

Christian Eriksen is back playing professional football less than a year after nearly losing his life, in what could be the season’s most heartwarming story. He has signed for Brentford after being freed from his Inter contract. He will attempt to bring some of his signature creative flair to the Bees’ play. 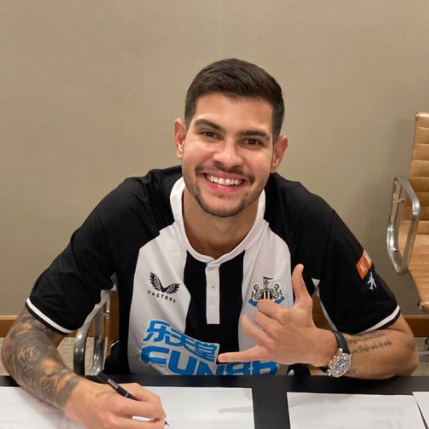 Newcastle and Lyon eventually sorted out the kinks and welcomed this outstanding Brazilian to Tyneside after a false start last week. Despite being in the midst of a relegation battle, the Magpies now have one of the league’s top holding midfielders. A whiz at recovering balls and repurposing possessions. In comparison to Joelinton, he should sparkle.

Aston Villa’s winter recruitment continues with the signing of Calum Chambers, who will provide depth behind the mercurial Matty Cash. Steven Gerrard should find him to be a valuable addition to his side.

Watford’s desperate bid to stay in the Premier League has been aided by the signing of Nigerian winger Samuel Kalu from Bordeaux. Roy Hodgson will be hoping he can provide the attacking spark they’re lacking.

After a drawn-out and ludicrous transfer story that lasted all month, Dusan Vlahovic has chosen to leave Arsenal and join Juventus in the middle of the season. Fiorentina get a good deal for the Serbian, who also gets Cristiano Ronaldo’s number 7 shirt. So far this season, he’s scored 20 goals in 24 games; can he reach 30 with Juve? Is he capable of pushing 40? Let’s see what happens. 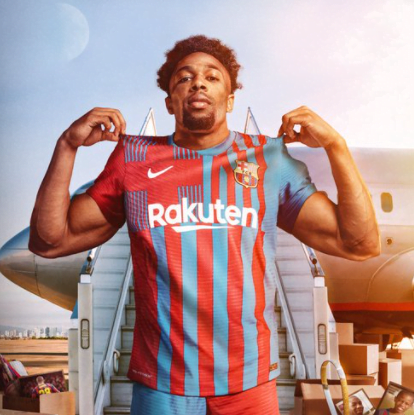 Adama Traoré was born within sight of the Camp Nou, but a series of misfortunes led to him languishing at Middlesbrough. But with the help of Tony Pulis and Nuno Espirito Santo, he was able to return to the top, and now Xavi is making amends for the mistakes of summer 2015 by bringing Adama home. Barcelona were in desperate need of pace and dribbling, and Adama will provide both; the Catalan has completed more take-ons in Europe’s top five leagues than anyone not named Leo Messi since the start of the 2018/19 season.

When compared to the USWNT, which is an evident juggernaut, the USMNT has always been the lesser, less spectacular USNT. Nonetheless, the lads are getting their act together, with some potential new talent emerging. Kevin Paredes, one of them, has recently relocated to Europe. At 18, he still has room to grow, but this left-back has the potential to prosper in the Bundesliga.

Stefano Sensi has been loaned out to Sampdoria, where he will try to improve his form and preserve his spot in the Italy squad, after a promising start under Simone Inzaghi.

Felipe Caicedo’s wandering voyage around the international game has reached its most luxurious stop yet, with the Ecuadorian reuniting with Inter Milan’s Simone Inzaghi at San Siro. The Nerazzurri should be able to rely on Caicedo as a backup. 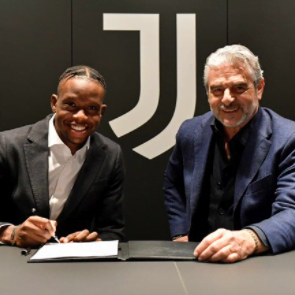 Denis Zakaria’s possible departure from Borussia Mönchengladbach has been a heated subject in recent days. Finally, a deal has been reached. The Foals traded the defensive midfielder to Juventus on deadline day, preventing a free transfer of their second most valuable player

Spurs turned their attention to Luis Diaz after missing out on Adama Traoré. This jolted Liverpool out of their dormancy in the winter market, as Jurgen Klopp’s Mighty Reds swooped in to snare the Colombian from under Antonio Conte’s nose. Luis Diaz will now move to Merseyside in the hopes of becoming Jurgen Klopp’s latest really good wing-forward.

City’s hunt for a striker appears to be over, with Pep Guardiola’s side landing Argentine hotshot striker Julian Alvarez for a very fair £15 million fee. They will, however, loan Alvarez back to Buenos Aires until the summer, guaranteeing he does not have to contend with the pressures of a Premier League title chase where minutes would be scarce, and can instead focus on adding to the six trophies he has already won with River.

On Deadline Day, Burnley signed striker Wout Weghorst from Wolfsburg for a cost of roughly £12 million. After passing a physical on Sunday, Weghorst, a 6ft 6in forward who has six goals in 18 Bundesliga games this season, has signed a three-and-a-half-year contract. 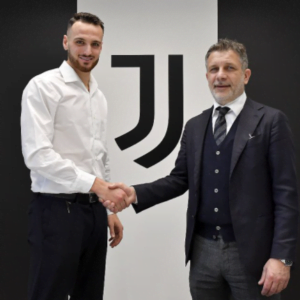 Federico Gatti, who commands Frosinone’s defense from the center of the line, is perhaps one of Serie B’s breakout stars this season. Gatti attracted the attention of Juventus (and other Serie A teams) as a result of his achievements, and he signed a €7.5 million deal with the black and white side of Turin on Monday, with an additional €2.5 million in add-ons. Gatti, a Turin native, will return to Frosinone on loan for the remainder of the season before returning to Juventus in the summer for preseason preparations.

Ndombele, who joined Spurs for £63 million from Lyon in July 2019, became the club’s record signing, would remain in France until the end of the season. Lyon has paid a £1.2 million loan fee and has the option to make the transaction permanent for a rumoured £54 million in the summer.

Daniel Wass joins Atletico Madrid on a permanent basis for €2.5 million from Valencia. Abolhosseini has called the medical exam, and it is now official. Atléti will be hoping that this deal pays off for them, as they recently signed personal terms with Lille LB Reinildo Mandava.

Aubameyang has not played for Arsenal since a disciplinary infraction in December, but before to that he scored 92 goals in 163 games. Even though Aubameyang had flown to Spain, Barcelona felt the deal was dead earlier on transfer deadline day. The former Arsenal captain’s exit will save the Gunners around £15 million in salary after they signed him for £56 million from Borussia Dortmund in 2018. However, it leaves Mikel Arteta with only Alexandre Lacazette and Eddie Nketiah as forward options for the rest of the season.