Music is the combination of sound in harmony and melody. Well that’s one of the basic definition we were taught in junior school and for the most part of it we all relate to music in one form or another, some might vibe with pop, others rap, others rhythm and blues – short for R&B – while others don’t even relate to any of the aforementioned genres but prefer those that are not common in this side of Africa and Nigerian but choose to listen to country, folk, rock and roll and the likes.

For whatever reasons we have to listen to music we all know the facts that instrumentals play a major role in the way a song in patterns in terms of lyrics – that is the verses, the chorus, the interludes, the breaks – even to the extent of determining how the ad-lib sets in. Instrumentals which mainly consists of beats, strings and other sounds and music instruments and sound manipulation cannot be over emphasized as one of the driving force to a good song.

But why is it then that most listeners of music choose to overlook the aspect of good production of these instrumentals? Could it be because of how the artistes behind the mic sings so good? Or could it be the fault of media in general in the way these producers are given less credit? Or the award shows that celebrate the musicians or artistes all day with all kind of genre and sub-genre of music and give little or no credit at all by pigeon holing all the producers under just one category or three at most?

Whatever reason there may be, we need to realize and give these producers the rose while they can still smell and celebrate them just as we celebrate the artist behind the vocals. For the most part of it just a few of these producers have been able to be on par with the artist in terms of recognition, producers like Don Jazzy, Sarz, Masterkraft, Pheelz, Young John, Shizzi, Fresh VDM and some very few elite others have been able to do so.

With a population of over 140 million, it is just right to put 2 and 2 together and figure out that we have more than enough unaccredited producers who deserve the limelight just as their fellow top tier colleagues and artists as well. So the list below is a compilation of music producers who are underrated or better put deserve major recognition for their work on the instrumentals. Enjoy! 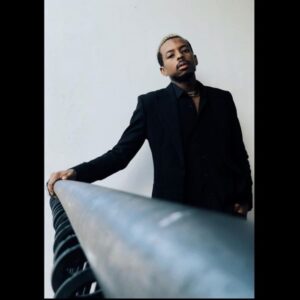 “It’s Leriq, call the paramedic” is not a new name in the Nigerian music industry today but for many reasons seems to be a relatively unknown beat maker among fans of music especially the listeners. For the most part of it, he was active during the Aristokrat Records days (the same label that brought Burna Boy to the mainstream) and he was responsible for producing most of Burna Boy’s hit single back then like YawaDey, Run My Race, Like to Party, just to name a few. He also has worked with various other artists aiding in producing tracks like Answers by 2Baba, Say You Love Me by Wizkid, Wishlist with Wande Coal, Nagode by Naeto C and many other artists. To his credit he his responsible to have been the sole producer of Burna Boy’s debut album Living an Impact for Eternity (L.I.F.E)  and 2016 EP Redemption. Adding to that he has personally released one album The Lost Sound (2015) and three EPs namely: Luv.Wav (2018), Illusion with Tomi Thomas in 2018 and 2019 Dutty Love showing he always has hands on deck and his discography also shows that he has worked with elites in the Nigerian music industry like Phyno, Wurld, Leriq also boast dexterity and versatility on his production work for he not only produces dance-able records in Pop and Afrobeat but also Rap instrumentals for Show Dem Camp Smell of Success record and a host of other Alternative and R&B instrumentals for Seyi Shay, Tomi Thomas to say the least.

Duo producers Headphones and Platinum Toxx formed the “What is this magic? I need this magic”producer tag. Popularly known for their works with and discovery of Ajebutter22, they’ve transcended from that upcoming status to solidifying an OG status in the music production scene with their bouncy and rhythm filled production instrumentals. They gained major recognition for their collaboration album with singer and rapper Ajebutter22’s debut album Anytime Soon by two lead singles in Omo Pastor and Serenre; ever since then they haven’t slowed down one bit, adding singer Boj to one their constant client by handling the production work on four tracks on his debut studio albums in Ginger, Omo Pastor(bonus track), Blow and Mrs. Officer. From there onward, the chemistry existing between Studio Magic and Ajebutter22 and Boj has been electrifying.

Studio Magic also boast a variety of production credits for other top artists in American rapper Joe Budden’s song So Hard, Falz’s records like Jeje, Currency, Lamba Song, Fuse ODG hit record Disappear and Kida Kudz jam Living Life. Not forgetting Naira Marley’s smash hit Issa Goal. Apart from all these records they also have executive producer credit on Ajebutter22 and Boj sequel Eps in Make E No Cause Fight 1 and 2 released in 2018 and 2019 respectively; also for their works on Boj debut album BOTM earned them a mention on the executive producer list. 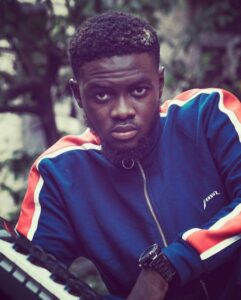 2018 was the year we were introduced to the Afrobeat forte producer Cracker Mallo with tag cracker crackercracker by Mr. Real street jam Legbegbeand since then every other beat produced by him “Issa Banger” in the words of D’Banj in a song also produced by him. Cracker Mallo is mostly famous for infusing Afrobeat into his production work and making his beats mostly fast paced and dance-able producing what is termed “street pop” among music critics.

In just a short while he has gained major recognition for his works by musicians in the genre of beat he produces. Olamide’s Pawon is a testimony to that, just as Fireboy’s debut hit record Jealous. Cracker Mallo has been able to build a solid repertoire which fellow colleagues, musicians and fans cannot but notice and appreciate. His production credits include Olamide’s newly released record Wonma, Sope by Mayorkun, Azaman by Slimcase, Larry Gaga, DJ Neptune, Peruzzi and 2Baba, also producing LAMBAXTRA by Slimcase and Live Tolani and Dales single The Closer (Special Someone) 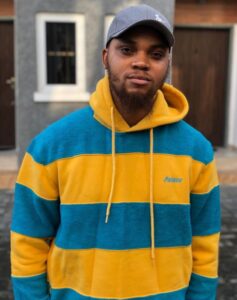 Mavin Records In-house producer, Ozedikus easily identified by his tag “Ozedikus Nwanne”is one of the newcomers on the production scene gaining recognition on Rema’s self titled debut EP Rema producing all four songs on the project with headlining hit single Dumebi turning out to be a fan favorite and one of the most played songs in Nigeria and Africa in 2019 which led to it earning a spot on former American president Barack Obama Top Songs List for 2019.

He continued his impressive run of excellent and versatile production in 2019 by being the instrumental drive force on songs by Dr. Sid’s Good Time and upcoming artiste Smart Khiddy record Odo. He has also started 2020 with a bang earning production credits on songs like Kpano by Crayon and One Time by Kontrovasi (a Mavin Records signed artiste) 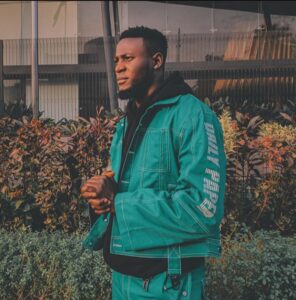 ”it’s Kel P vibes” has come to be one of the consistent music producers we have in Nigeria. Cutting the long story short, he his mostly known for his works on Burna Boy’s Grammy nominated album African Giant being the executive producer.

He actually got his shot at fame on Burna Boy’s 2018 singles Gbona and On the Low and since then he has maintained his grind and consistency which has earned him production credits on tracks like “Ghetto Love” and “Ease Your Mind” by Wizkid, “Put in Pressure” by Reekado Banks, “Sili-kon” by Timaya and controversial song by Dice Ailes titled “Ginika”

Other notable mention of producers and some of their production credit

LONDON – “Promo”by Blaqbonez, “Bad Commando” by Rema,“Slippin’ Away” by LadiPoe, “Electric” by Wizkid

NORTHBOI – “Soco” by StarBoy, “Joro” by Wizkid, “Keys to the Kingdom” by Tiwa Savage and Mr. Eazi