Khumalo, 49, is a South African explorer who became the first woman to reach the summit of Everest.
The mother of two started her attempt at the top of Everest in 2014, and she tried five times before she eventually made it to the summit in 2019. 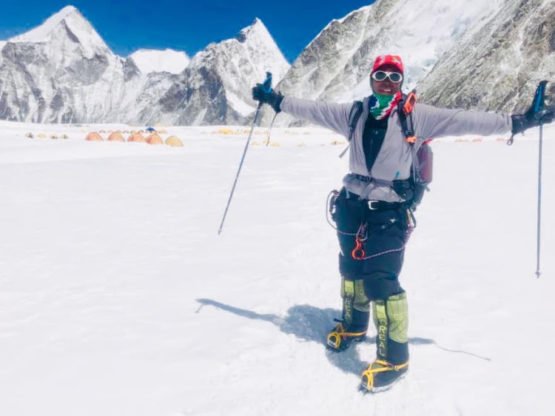 Reaching the top of Everest is the not the only exploit Khumalo has made, but She has also already summited Mount Kilimanjaro, Africa’s highest peak, Aconcagua, South America’s, and Mount Elbrus, the highest in Europe.
Her expeditions are not only to break records. Khumalo fundraises for the education of underprivileged children in South Africa. She is currently raising money for the Regenesys Foundation and Champions for Education who will provide higher education to young people who aren’t able to afford it.

2 days ago Olumide Akinwale
Enable Notifications OK No thanks