This was a match that came at the right time for both teams to prove a point. For Arsenal, it was Mikel Arteta’s first home game but for Chelsea Lampard and his boys had to bounce back from an embarrassing defeat to Southampton on Boxing Day.

Arsenal definitely started the brighter of the two, they played with intent and it came as no surprise when Aubameyang got the goal in the 13th minute of the game 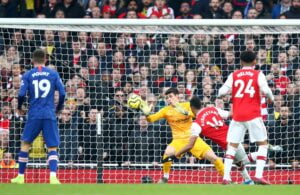 This swung the momentum to Chelsea who were unlucky to go into the break 1 goal down. They kept on applying the pressure and it paid off in the 83rd minute when Leno misjudge the flight of the ball from Mount’s free-kick allowing Jorginho who was lucky to still be on the pitch to tap in for the equalizer. 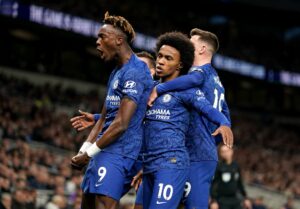