The home side led the tie 1-0 on aggregate and it could still go either ways on the night.

It all started to look bleak for Tottenham in the 10th minute when Leipzig scored through Sabitzer to make is 2-0 on aggregate.

Tottenham never looked capable of scoring in the early stages with too many missed placed passes.

But it was Leipzig who came close to doubling their lead on the night when Timo Werner had a goal rightly ruled out for offside in the 18th minute.

But the goal eventually came in the
22nd minute after Leipzig capitalized on an error from Seige Aurier and Sabitzer doubled  his tally.

The first half finished with Leipzig coming closest to scoring again after a scramble in Spurs penalty are but for a smart save from Lloris. 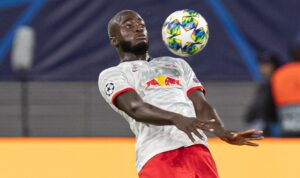 The game dragged in the 2nd half as Leipzig looked to manage the game although Spurs saw more of the ball than they did in the first half but didn’t look like scoring. They did have an attempt on goal but it was a weak effort from Dele Alli in the 73rd minute.

Sabitzer was replaced in the 86th minute my Forsberg and he had an immediate impact scoring in the 87th minute after he latched unto a loose ball in the Spurs box.

It was indeed as poor display from the team from London as they exit the competition.

But for Leipzig they progress in what looks to be a promising campaign so far as they advance to the quarter finals for the first time in their history.

Chelsea Vs Liverpool Match Preview: Can the Reds Make It Four Wins In A Row Against The Blues