The midfielder is on loan from Barcelona to the Villans until the end of the season. Since joining the club in January, he has scored three goals and provided three assists in seven Premier League appearances. Steven Gerrard now wants to keep his former Liverpool team-mate at the club.

Villa wants to activate Fabrizio Romano’s £33 million buy-out clause, according to Fabrizio Romano. “Steven Gerrard would love to keep Philippe Coutinho at Aston Villa,” Romano tweeted. “There is a €40 million buy option clause available, but the board wants to wait until May to make a final decision because they are delighted with Coutinho.”

Barcelona is apparently interested in selling the 29-year-old midfielder and is waiting for him to make a decision on his future. The ‘little magician’ joined the Spanish giants for a staggering £142 million in 2018. Upon his arrival, he made a poor first impression and struggled to break into the starting lineup. 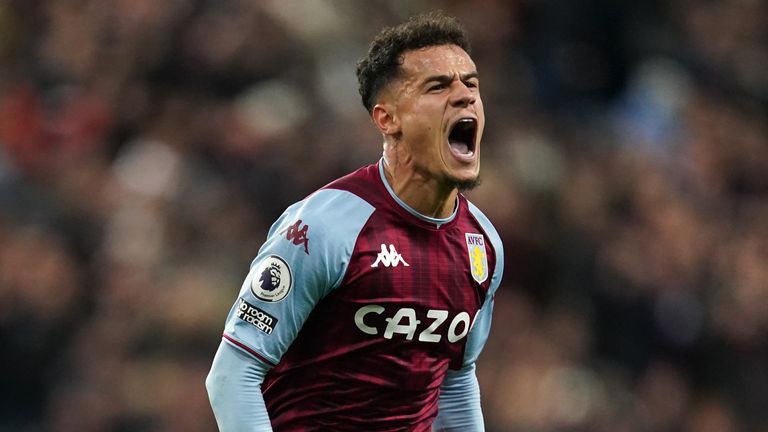 However, he recently admitted that he did not regret the move.

When speaking to ESPN, Coutinho said: “No I don’t regret it.

“In some moments you have to take decisions and one of my great dreams was to play at Barcelona.

“In that moment I decided to take that decision but always with a lot of love, respect and gratitude for Liverpool and my friendships there.

“But in that moment I had to take a decision and I don’t regret it.”