Former Super Eagles striker Peter Odemwingie is set to become a professional golfer, reports golfmonthly.co.uk.The 38-year Old former Locomotive Moscow striker is currently going through his PGA training course and hopes to qualify for the EuroPro Tour via Q-School in the next year. Odemwingie, a 3 handicapper, passed his playing test, where you must shoot 15-over or better over 36 holes at The Belfry.

“I’m ready to make some noise as a player as well I think.“So within the next year, I have a plan to do the qualifying school on the EuroPro Tour.“I think it’s achievable, I’ve improved as a golfer as well so I think there is a player in me.

“Last year it was 8 [his handicap], worked on the short game a lot. It became 3.” Whilst it’s probably unrealistic that he does begin competing on the EuroPro Tour, the former striker hopes that at “minimum” he is able to help coach players from Nigeria and Russia, where his roots lie.

“Raise a few good golfers, create opportunities for golfers from the countries I came from and one day hopefully they will be saying ‘yeah he got me into the game and now I’m a tour player’,” he said.“So that’s the minimum I want from the game.

“I’ll try as a player but it’s more likely looking like from the coaching aspect of it.”Once he is done, Odemwingie plans to set up an academy and according to him; “it will be the first step in getting that Nigerian flag right there on the screen alongside other countries in professional golf tournaments.” 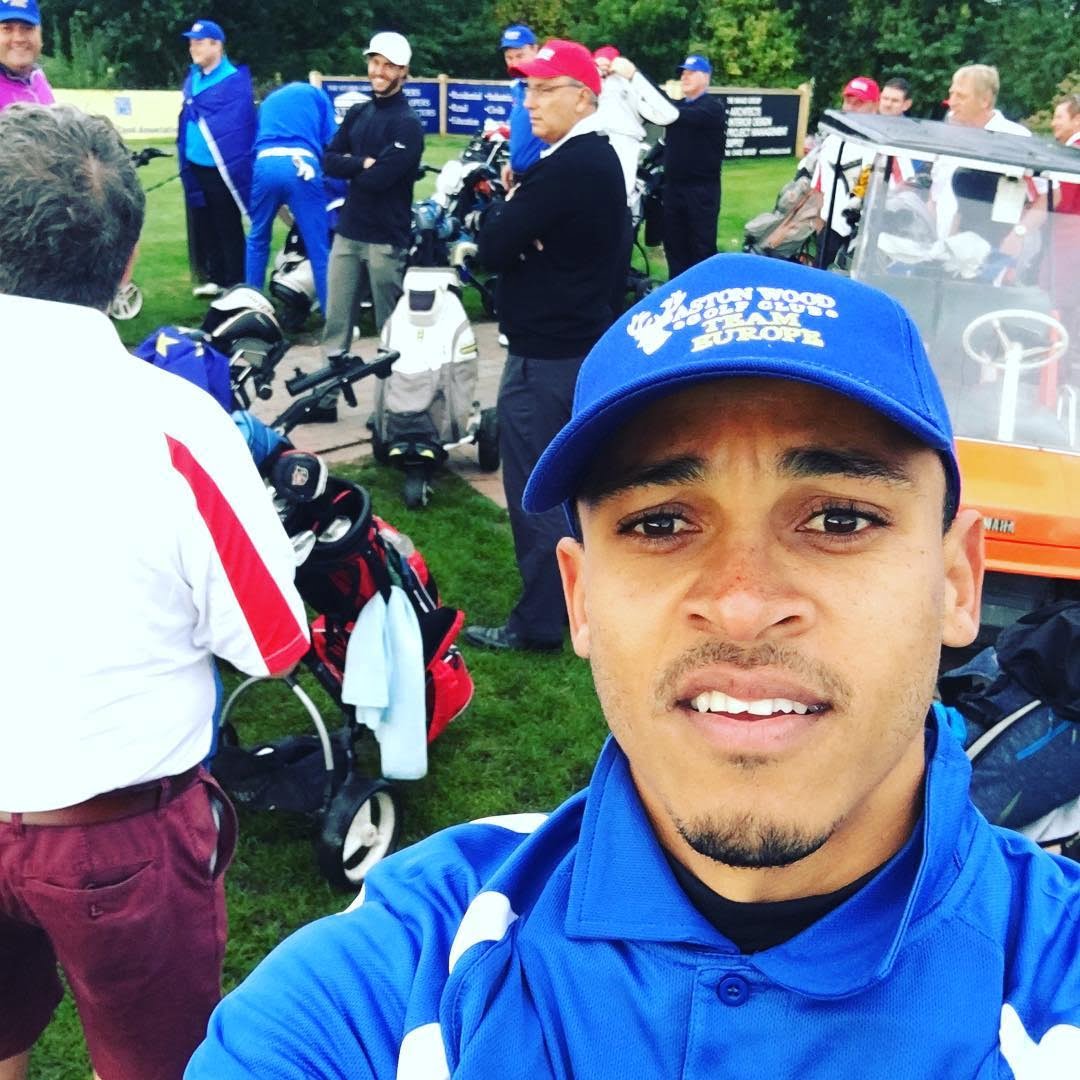 Also speaking in the short documentary by the PGA, his instructor Jak Hamblett described Odemwingie as very ambitious. “Playing and coaching are the areas he is interested in,” Hamblett said.

Despite his sudden venture into golf, Odemwingie says it’s still in his plans to do his football badges in the future. “I will still do the football coaching badges because I have a lot of knowledge in that sport,” the former forward said. “I have played in a lot of countries, I speak a lot of languages, there are still a lot of opportunities to coach but golf has taken over.

“I just love the game so much that I put the football on hold.”Odemwingie made his debut for the Super Eagles in May 2002 and went on to make four Africa Cup of Nations (AFCON) tournaments appearances, two FIFA World Cup competitions and the 2008 Summer Olympic Games in Beijing where he won a silver medal with Nigeria’s U23 team.