Crystal Palace boss Patrick Vieira has advised his team not to rely too heavily on Wilfried Zaha of the Ivory Coast.

The talented attacker, who has six Premier League goals and one assist this season, recently returned from Cameroon, where he represented his country at the Africa Cup of Nations (AFCON) finals in 2021.

Palace won only one of their four league games while he was away, and Vieira has pushed his team to improve their performances ahead of Saturday’s meeting against Brentford. “The talent is fantastic to have but what is most important is the team,” Vieira told the club’s website.

“We built a squad where players take confidence and belief in their ability. We have a couple of players who can score and create chances.

“Of course, we are stronger with a really good Wilfried Zaha on the field because of his ability to create danger, but it’s important for him to understand he needs the team around him to perform and do what we know he can deliver.” 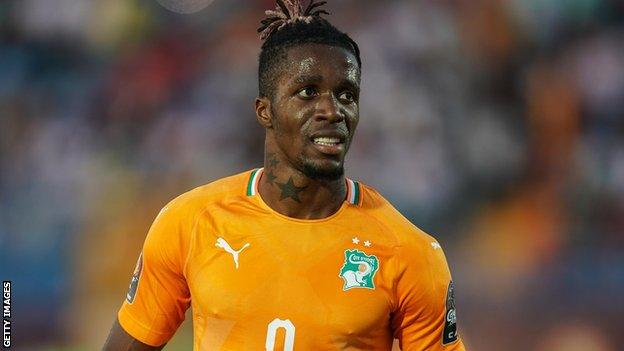 Zaha, who is the first player in Premier League history to score 50 goals for Palace, is known for his outstanding dribbling skills, which he employs to rattle opposing defenses and create chances for his teammates.

“Wilfried is an important player for us, for the football club. There is no doubt about his talent. What is important and what I want is other players to take responsibility; I don’t want to put all that responsibility on one player,” Vieira, who is a former Arsenal FC and Manchester City midfielder, continued.

“When you are Wilfried Zaha with his experience and what he’s done in the Premier League the focus and eyes are on him. That’s normal. But the players around him will need to take responsibility.”