When Leicester City visits the Emirates Stadium on Sunday afternoon, Arsenal will look to keep their hold on fourth place in the Premier League table. Mikel Arteta’s team came back from a goal down to beat Watford 3-2 last time out, while the Foxes come in with a 2-0 lead in the first leg of their Europa Conference League last-16 meeting with Rennes.

Martin Odegaard, Bukayo Saka, and Gabriel Martinelli all scored for Arsenal, who held on after a tense few minutes after Moussa Sissoko’s goal, and a place in the Champions League is now theirs to lose. The Gunners are currently in fourth place, but with Manchester United and Tottenham Hotspur meeting on Saturday, they will most certainly drop a place before kickoff. However, knowing that at least one of their top-four competitors will drop points can only be a good thing. 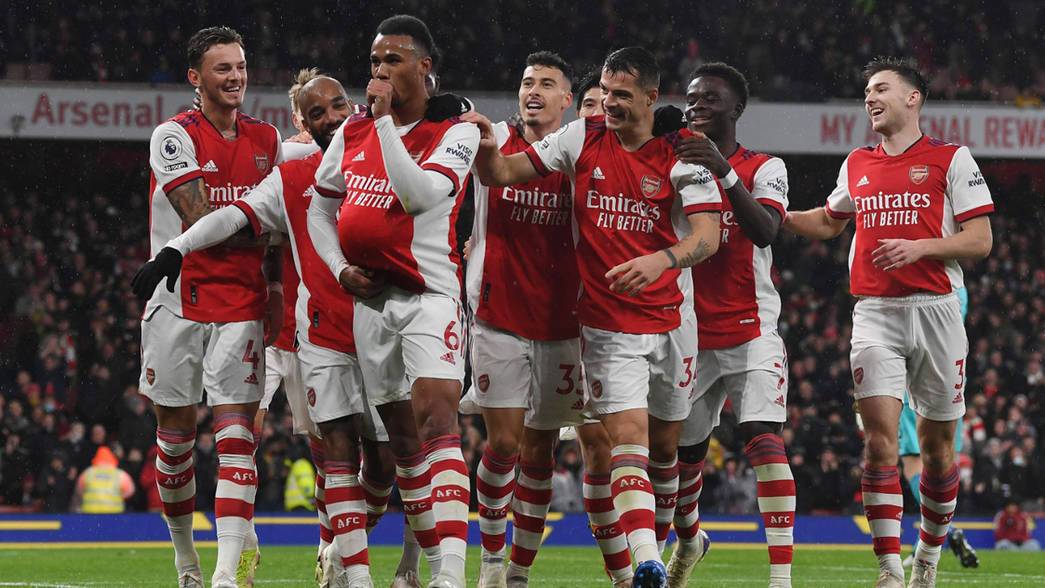 Takehiro Tomiyasu is again a doubt with an ongoing calf problem, with Mikel Arteta saying on Friday that Arsenal are “taking some time to try to protect him” from longer-term issues. There were no other worries reported from the Gunners boss, who also mentioned that Emile Smith Rowe had been back in training after missing last week’s win over Watford with coronavirus. Other than Cedric Soares, the names in our predicted XI have started every league match that they have been available for from Gameweek 15 onwards, with only suspension spoiling the ever-present records of Thomas Partey, Granit Xhaka and Gabriel Martinelli during that period.

Smith Rowe’s brief isolation and lack of training time (Arteta saying that he had “had a couple of training sessions”) points to Martinelli keeping his place on the left flank but we now also have the previously out-in-the-cold Nicolas Pepe to contend with out wide, who Mikel Arteta said had returned from the Africa Cup of Nations “a different” player. The underused Eddie Nketiah, Rob Holding, Nuno Tavares, Albert Sambi Lokonga and Mohamed Elneny will be poised for more bench duty, barring any undeclared problems for the regulars. 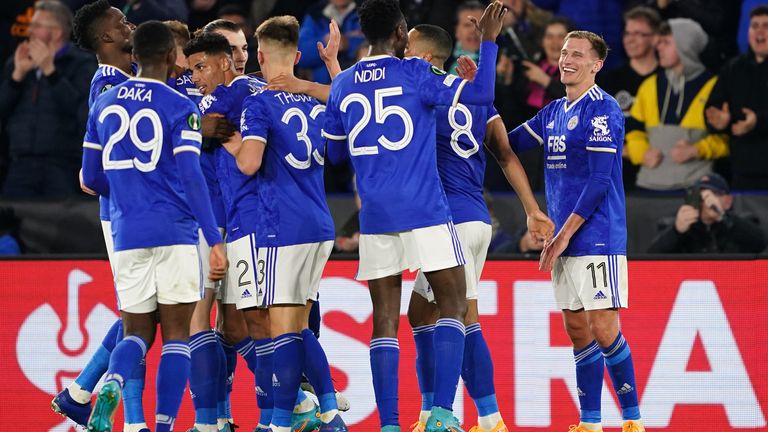 Timothy Castagne (thigh), Jamie Vardy (knee), Jonny Evans (hamstring), and Ryan Bertrand (knee) are all out, while Wesley Fofana’s return from a long-term leg injury will almost probably come too soon when Covid-19 postponed it. Brendan Rodgers stated he’ll keep an eye on Ricardo Pereira (hamstring) for this match, while James Justin will be evaluated after playing 60 minutes against Rennes on Thursday, his fifth start of the season and first in over a month.

James Maddison has struggled for playing time recently, not just due to illness and injury, but also due to Leicester’s success in the 4-3-3 formation, which Maddison isn’t a natural match for due to the lack of a ‘number 10’ position. With Youri Tielemans and Marc Albrighton having made seven and six consecutive starts respectively over the last four weeks, a role as an inverted winger on the right flank or as a ‘eight’ in center midfield is a possibility.

Meanwhile, Wilfried Ndidi’s unbeaten record in the starting XI at home and away (nine games) is even longer, with Nampalys Mendy and Boubakary Soumare vying for a chance. If Pereira and Justin aren’t risked, Albrighton and Hamza Choudhury are the options at right-back, while Kelechi Iheanacho and Patson Daka will battle for Vardy’s vacated midfield spot – Daka was largely preferred in the veteran striker’s previous absence, but Iheanacho has impressed in two substitute appearances this week and may be preferred.