The Super Eagles have been drawn in Group C of the second round of the 2022 World Cup Qualifiers for Africa following the draw that took place at the Ritz-Carlton hotel in Cairo, Egypt Today.
The forty teams were divided into ten groups with four teams in each group and Nigeria have been drawned alongside with Cape Verde, Central African Republic and West African neighbors Liberia.
In the latest world ranking released by FIFA, Cape Verde occupy the 78th position, Central African Republic are 109th and Liberia 152nd. On paper, the Super Eagles look good to win the group, the are highest ranked team in the group.
The winner of each of the ten groups will advance to the third and final round. The five winners of the home and away ties will fly African flag at the 2022 World Cup in Qatar.
A total of 13 African countries have competed at the World Cup in the past with Cameroon having the highest appearance. Cameroon (7), Nigeria (6), Morocco (5), Tunisia (5), Algeria (4), Ivory Coast (3), Egypt (3), Ghana (3), South Africa (3), Senegal (2), DR Congo (1), Togo (1) and Angola (1). 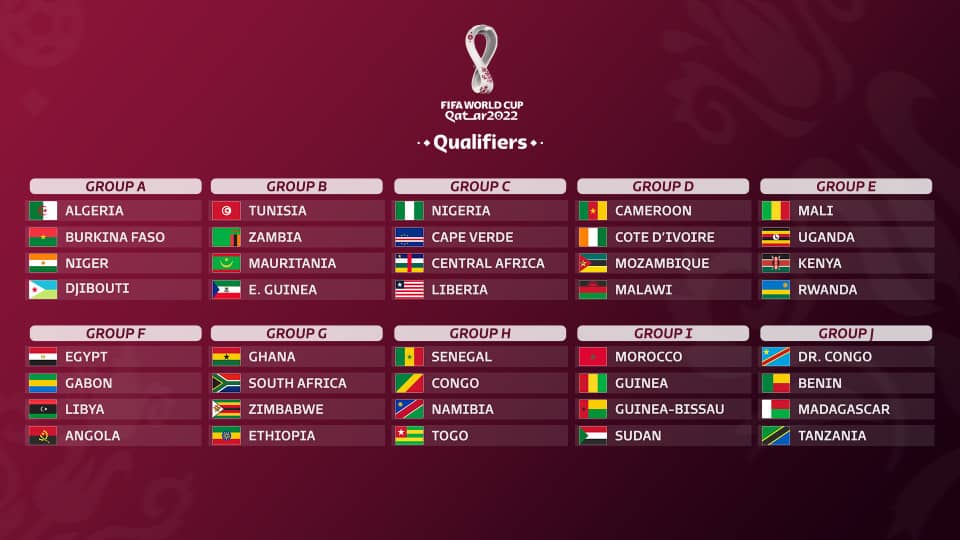